I suppose the analysis of the nature of the banality of "evil," [see, very flawed, article linked below] the banality of political wrongness/lies/deceits and how it spreads through what are now known as bubbles, more than anything, has caused a pause in my political engagement (which in recent times has become more about challenging "unthink" on the left, as people I know and respect trade slogans and shitpile dogma as truth or evidence, or a base for new or continuing analysis).
I think the case that more than anything that pulled me back, was my own unthinking analysis of Syria, one I looked to some senior figures in the left movement for guidance. A jolt came from a Facebook friend a few years ago, and I suppose that the much, much more minor and insignificant case of the personal attacks on me by people I didnt know and who certainly did not know my views re "Rise" in Scotland (plus lies and deceits I witnessed from people i had hitherto trusted and respected ); the ongoing deceit  re Sheridan etc and my knowledge of social media, and how the msn works (and how it is, as a whole being discredited by right wing forces ) etc have played a part in my "whoa!" moment.
I think the mass radicalisation of intellectually, educationally (and I mean that in a wider sense than "schooling" Thatcher/Reagan began the mass attack on critical thinking education , and it really has been under attack by populist tv programming and political actors on social media ) and disempowered people is across the left and right. Disempowered, by the way, does not necessarily mean "poor," but can include poor people. Capitalism disempowers most tiers in it's shit cake.
I feel we really, as the left, must ensure we aren't reactionary, nor should we accept slogan as fact. Or dogmatic reasoning as leadership. Or activism as an ends. Or all activism as positive (I watch in horror as a campaign unfolds from left and right against schools , for example. Something I'm sure I'll comment on in the future).
It really is about stripping everything back to asking the question, "how did this analysis take root?" Clinging on to "it came from the west, its bad; challenging Western hegemony is always good," leads to the kind of grudging admiration for the nazis, spiderfascists and conspiracy theorists climbing up the walls of the US Capitol Building, which is I've witnessed from SOME on the left over the past few days here on social media. 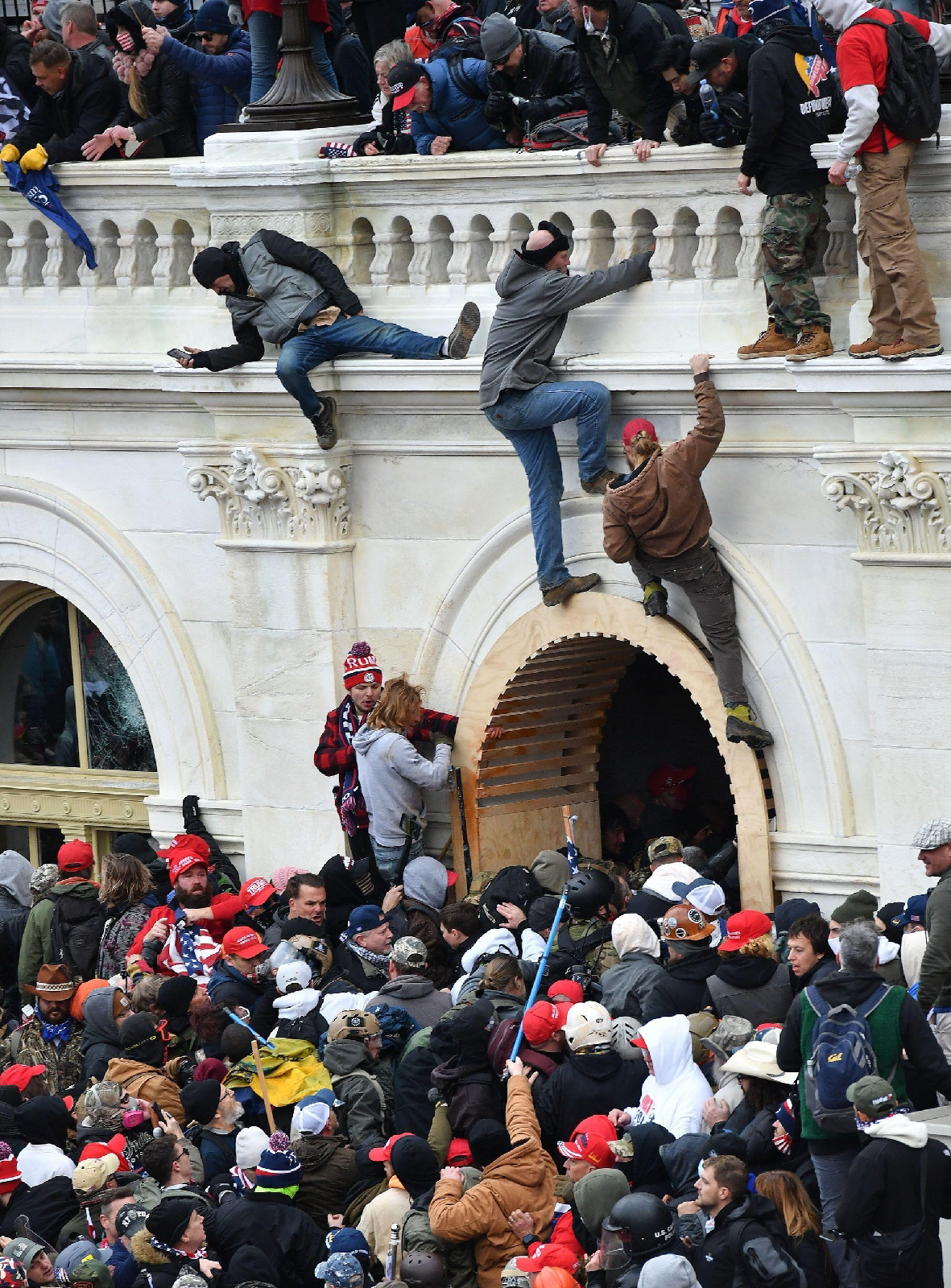 {Spiderfash}
Or an unthinking support for Brexit and its consequences by a small , but vociferous group on the left who have access to the newsstands and media. Or unthinking support for the likes of Chris Williamson, and others, who really have behaved abhorrently. Or unthinking support for the premise that there is no antisemitism on the left when it has been easy to see from way back, as conspiracy theory became canon for some.
Perhaps this is a personal thing. But I really hope the left can discard the wrong turns it has made, from what I see, from the 1968 re-emergence of a left based on wrong turns in early 20th century left groupings.
Edit: Anyway,  THIS article starts well , but in using Arendt as a kick starter into covid denial, of course, I disagree..The part that prompted these thoughts are thus :
" Upon the Nazis’ rise to power, Hannah Arendt, a Jewish woman who would go on to become a considerable 20th century philosopher, had to flee with her family from her native Germany.

Once the war was over and some prominent Nazis were brought to justice, Arendt attended the trial in Jerusalem of Adolph Eichmann, the architect of the Holocaust.

The experience left an indelible impression upon her, one that would shape the trajectory of her philosophical thinking.  What she observed was that, much to her surprise, Eichmann wasn’t the incarnation of evil that she expected to encounter.  His actions were monstrous, yes; but he was remarkably ordinary or “banal,” to use Arendt’s term of choice.

What struck Arendt was Eichmann’s “curious, but authentic, inability to think.”

“However monstrous the deeds were, the doer was neither monstrous nor demonic, and the only specific characteristic one could detect in his past as well as in his behavior during the trial and the preceding police examination was something entirely negative: it was not stupidity but a curious, quite authentic inability to think.”

Eichmann didn’t subscribe to any “theory or doctrine,” exhibited no “particularity of wickedness, pathology, or ideological conviction;” his “only personal distinction was a perhaps extraordinary shallowness.”

Note, Arendt did not intend her characterization to be interpreted as commentary upon Eichmann’s IQ.  Nor, for that matter, did she mean to suggest that he was literally incapable of thinking critically.  Rather, her point was that Eichmann showed no will to think beyond the clichés—the memes, bumper sticker slogans, and hashtags—of his day.

Because of his reliance upon “clichés,” “stock phrases,” and “conventional, standardized codes of expression and conduct”—all of which “have the socially recognized function of protecting us against reality,” “against the claim on our thinking attention which all events and facts arouse by virtue of their existence”—numerous “inconsistencies and flagrant contradictions” littered Eichmann’s testimony in court.

Yet he showed no signs of being in the least “bothered” by them.

Upon her experience with Eichmann, Arendt began to revisit an ancient thesis, one taken for granted by earlier generations of philosophers, that between the will to think and moral character there is an inseparable connection.

“Is evil doing, not just the sins of omission but the sins of commission, possible in the absence of not merely ‘base motives’ (as the law calls it) but any motives at all, any particular prompting of interest or volition? Is wickedness, however we may define it, this being ‘determined to prove a villain,’ not a necessary condition for evil-doing?”

“Could the activity of thinking as such, the habit of examining and reflecting upon whatever happens to come to pass, regardless of specific content and quite independent of results, could this activity be of such a nature that it ‘conditions’ men against evil-doing?”

It is crucial for the reader to recognize that the phenomenon that she witnessed in Eichmann she knew was one that is endemic to human beings generally.

In other words, Arendt knew that there was nothing unique at all about Eichmann.  Quite the contrary: He was ordinary, all too ordinary, to paraphrase Nietzsche.  But this was the problem."
I haven't, beyond the importance of critical l thinking in Education, got any answers. Im working through this, stuff. Your analysis welcome.
Posted by Neil at 05:42