My Heart and Soul

Before Joy Division, I had a few bands I liked. The Undertones, Blondie, The Pretenders, Joan Jett and the Blackhearts... others... But, they were other people's bands too.

I first heard JD when my sister bought the seven inch single of Love Will Tear Us Apart. And that song and the B Side, These Days just blew me away. The song was definitely a pop/rock song, but the delivery was far from the other stuff that was  charting at the time. It was far from many of the groups who still wanted to keep the pub/punk rock money machine going, and it was far from other post punk, new wave stuff I was listening to. This was a song that was anything but nice, but not the spitting, "fuck you, this is me," brash finger to society or to someone.

This was about failure. Raw. Honest.

Failure to love and be loved. And during my discovery of this music, not long after, I read of 23 year old Ian Curtis's sad, desperate death. This song was about torment. And although I didn't understand a torment so cataclysmic that life could go over its precipice, I did understand torture. I understood that scream that led to art, writing, imaginary escapes and plans to bite back. I understood life really on hold because of unpredictable people.

So,  I did a rare thing, I bought two albums at the same time. 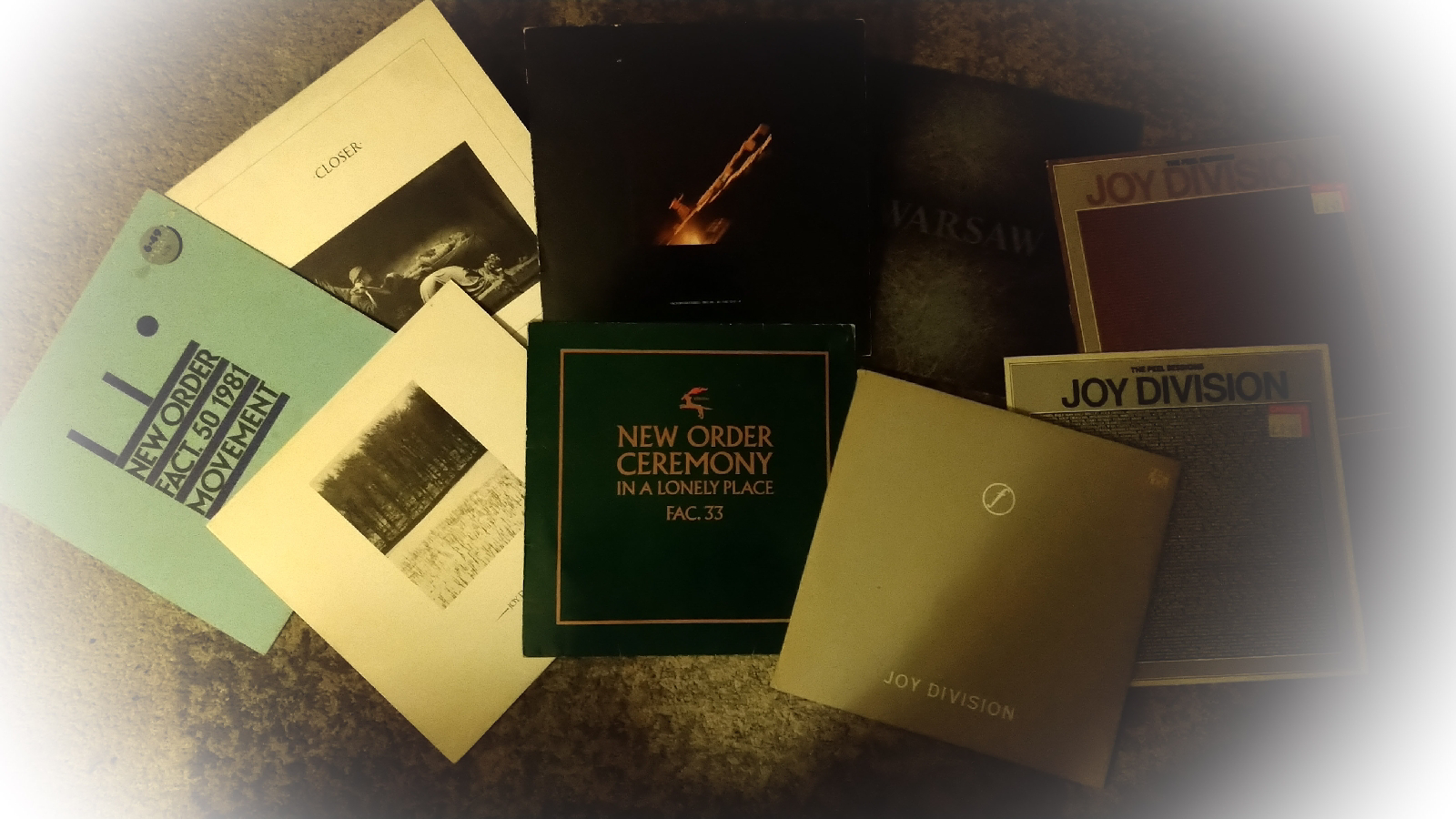 Affording an album as a young working class teenager, Investing in one, was a big thing that took a lot of reading Sounds or NME, and trying to hear some tracks. Some albums took long deliberation… I remember, for example, standing for hours in Newtownards shopping Centre pondering over Kate Bush's "The Dreaming," which I bought. That was an amazing investment of a fiver (a fiver, of course, being a large sum of investment in 1982). An investment that is still making returns. To go on and buy TWO albums, based on two songs, was a huge leap… and a very serious one.

Unknown Pleasures and Closer were just monumental to me. An incredible sound. I remember the first time listening to both albums back to back. They were like nothing I had ever heard before,and really stand outside of anything I've heard since. I've heard other bands influenced by JD, and some have been great, producing a unique sound of their own (The Killers, for example, don't mimic, they reference, and their sound is unique in the pop/ rock world of more recent years). Lyrics that felt important, and marked a change in me. I'd found a sound that matched my inner teenaged, on the verge of new, unfettered life, as I was vomited from the awful school system that separated children between those whose families  could afford tutors for verbal reasoning tests, those whose families couldnt or wouldn't, and catholics and protestants. My High school was the one in which we failed in order to gain entry. I left a failure, battered blue and purple. And I was glad to meet the world. 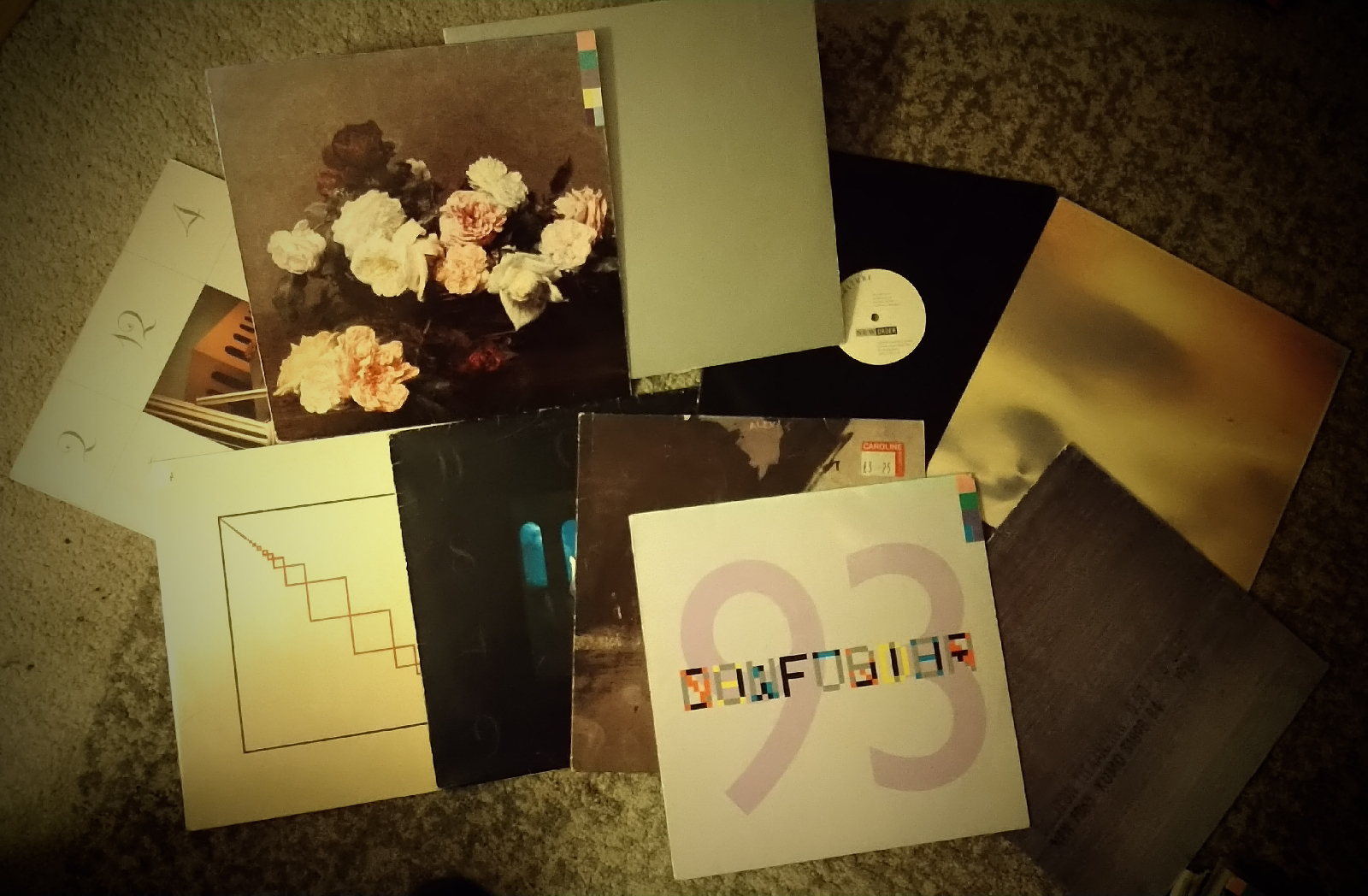 JD were not a band many knew of in Banbridge, County Down in the early days. My friends could draw the logo of the bands they loved on toilet doors, jotters and on the backs of their hands (this was the thing during 1983 when I enjoyed, learned to drink and at last find girls and wild friends, but totally wasted educationally in Banbridge Technical College). Madness, Two Tone, The Jam and various punk bands names were graffitied everywhere a teenager was, in cartoon and comic writing, easy to reproduce. JD remained inside. Impossible to share. A personal escape. Graffitiing the cover of Unknown Pleasures was almost an impossibility anyway. I recently found a jotter and I had doodled a Madness sign on it, to show someone else how to (Madness, nor much else other than bands that rarely hit the top ten, were my thing). I had a few waves drawn beside it. I was drawing other people's bands, but feeling Joy Division's hymns to my core. Joy Division were my personal soundscape, my internal image that few of my friends experienced, and one I never again shared with girlfriends after one  wrote "boring!!" and "depressing!" all over the tapes I'd made of my vinyl.

I literally, religiously listened to both studio albums every day for well over a year after buying, and often for years after that. This was an obsession. A religious, transformative rite. Something extremely serious. Important. And every pore absorbed the sacred chords and words and beats and chimes and broken, shattered glass and life.  If I had a religion, its hymns were these songs. And really to begin with, it was the soundscape, the music, the effects I photosynthesised, or audiosynthesised, and slowly and especially after a visit to Virgin Records in London in 1982, when I bought Still and a book of cuttings that shakily told the story of Joy Division's gigs, members, and printed the lyrics , I tried to decipher this enigma of a man's last written testimonies.

As someone who emerged from four years at a school in which violence for a lot of that time, was just an acceptable thing, normal, and during a time when life, friendships, and interests were changing along, with my body, mind, chemistry and in a place where destructive competition mattered to everyone but me and bombs boomed, people died, and the news worried us daily, these songs were my personal, strange, gelid friends.

A few years back I watched a drama in which the main character, a lawyer played by Maxine Peake, danced to Joy Division. Her dancing was to a sound no-one else heard, a sound that for many was not a sound for a dancefloor awakened a beautiful, personal memory. This was my thing. My personal thing I did in my bedroom. Twisting and turning to Transmission, head banging to Disorder (a video of which I made, here… of a place that my town, Banbridge and I had a mixed, but very important relationship with). All the time knowing, this group, this singer, was the most important thing in the world of Music. And a beautiful, flawed, friend.

Then came our mutual transformation… New Order. Ceremony, an incredible song, sad in that Curtis had written it, but a joyous transformational rock song. Movement, beautiful, bleak, heartbreaking in parts, but heralding a new start. And then Everything's Gone Green. An incredible, running, spinning, euphoric piece of music. Temptation - the sheer beauty, unusualness, effervescent energy of this song at that time, cannot be overstated; and the emotionless, timeless dance music of Blue Monday and the many textured, and hailing modernity at the time, Power Corruption and Lies, an LP that at last, others began to talk about. 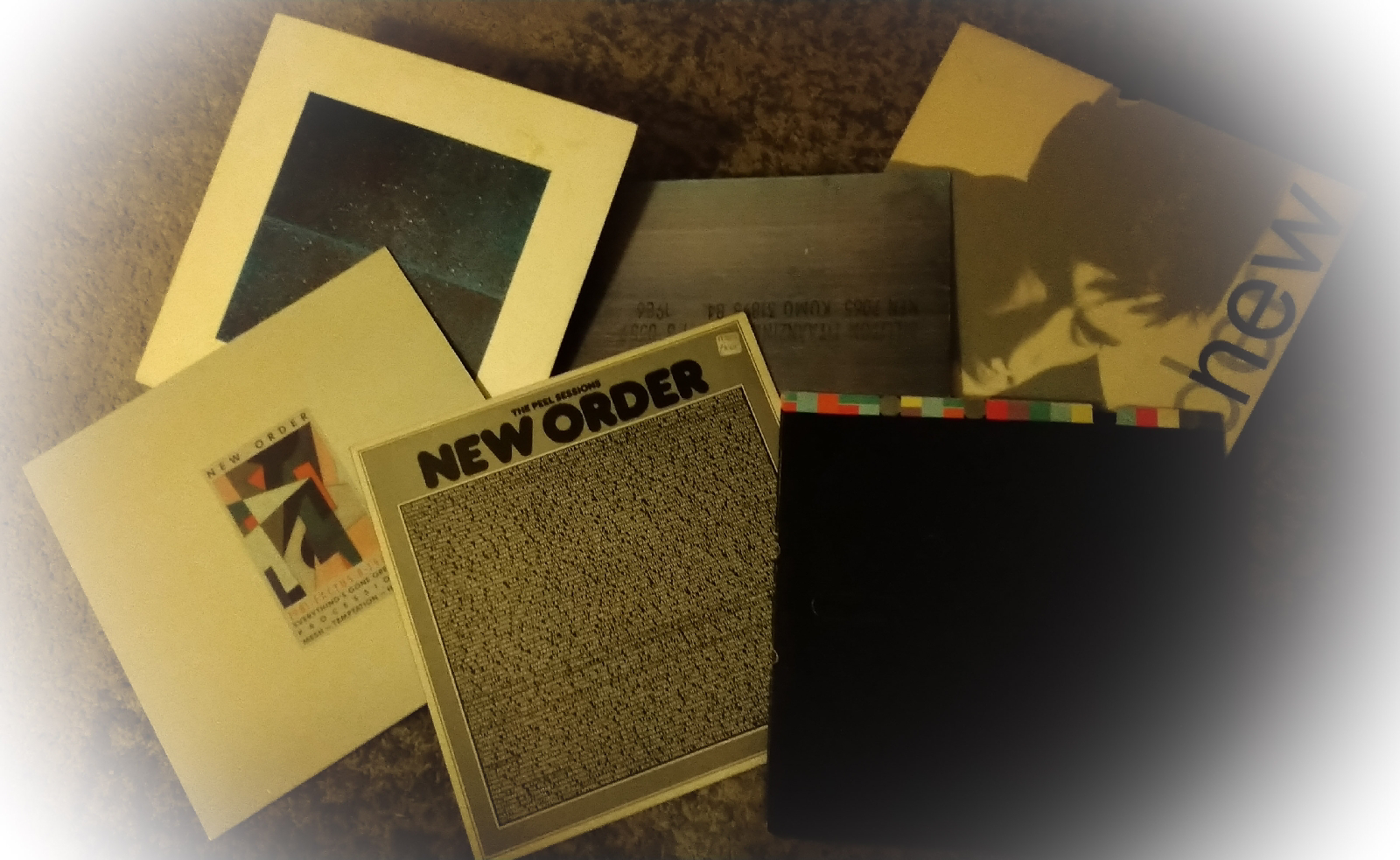 Transformations in sound, that matched me transforming, working, growing. Some friends began to discover this band, and Blue Monday became a track we heard in clubs. Emerging from Joy Division, that comfort, that assurance that I was right, that the world was far from perfect, had transformed into joy, fun, ecstasy, exuberance, meeting my new world with hope.

In between, overlapping Joy Division and New Order, I had other musical loves, and religious experiences. But Joy Division was the bedrock. A band I never saw, but whose recordings helped me over that transformational, helpless time, to a time when I could try to reinvent me (a process I still struggling with).

As time went by, I began to leave JD and NO in their sleeves, and life moved on. I hated taking tracks from Unknown Pleasures or Closer and playing them as individual tracks as my experience of them were as acts in an opera. I probably didn't do that dismantling individual songs from the whole, until the late nineties.

My collection of vinyl diminished as I moved around, and record players fell silent, and CD's and then MP 3's and then streaming became the preferred delivery systems. I lent out albums and 12" Singles I never got back. Still, Closer, (Unknown Pleasures lent to a guy I worked with in a charity shop in Glasgow in the late nineties… A loss I still mourn), Atmosphere, The Peel Sessions, Movement , Ceremony, Everything's Gone Green, Power Corruption and Lies, Blue Monday, Temptation, and a few subsequent albums remain (Low Life being a massive favourite at the time as it coincided with a gorgeous summer, an Ibiza holiday that went wrong, and a girl).

I now return, occasionally, to JD's two beautiful, stark, life changing albums, but still on my own. They are mine, not to share (it felt weird when my wife began to discover New Order, and she loves Love Will Tear Us Apart, but isn't interested in Unknown Pleasures or Closer, thank goodness). They are my temple music. My transformation music. My first real, deep and true private, selfish, secular religious experience.

Music that always feels like tentative, nervous, needed change; one where I walk out of an old, torn, battered, skin.