Dear Tharg the Inquisitor of Thales 1,2 and 3, Master of the Timelines, 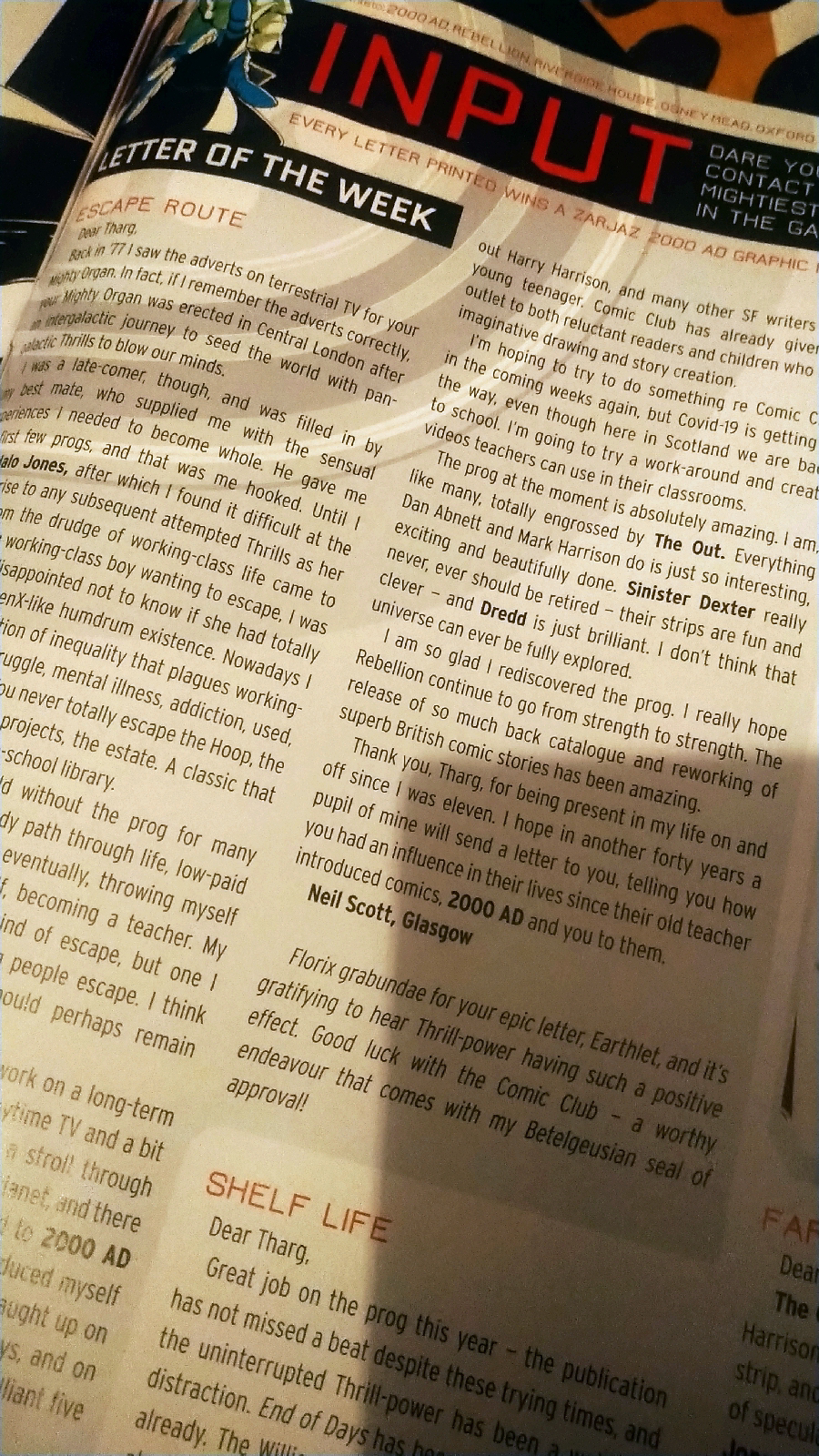 I was a late comer, though was filled in by my best mate, who supplied me with the sensual experiences I needed to become whole. He gave me his first few Progs, and that was me hooked. Until I read Halo Jones, after which I found it difficult, at the time to rise to any subsequent attempted thrills as her escape from the drudge of working class life, came to an end. As a working class boy, wanting to escape, I was desperately disappointed not to know if she had totally escaped that GenX like humdrum existence. Nowadays I see it as a reflection of inequality that plagues working class existence. Struggle, mental illness, addiction, used, abused, forgotten. You never totally escape the Hoop, the housing scheme, the projects, the estate. A classic that should be in every high school library. 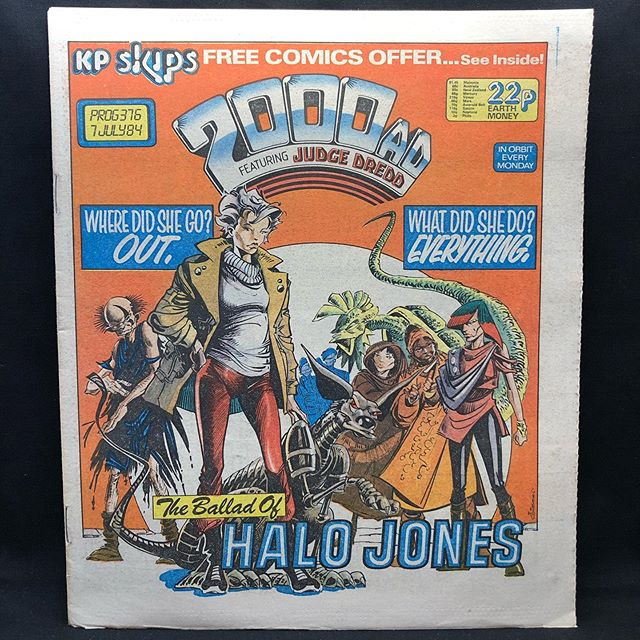 I  went into the world without the Prog, for many years … weaving an unsteady path through life, low paid jobs, addictions and then eventually throwing myself into debt to educate myself, becoming a teacher. My venturing out, led me to a kind of escape, but one I hoped would help other young people escape. I think the unfinished Jones should perhaps remain unfinished … Escape is never total.

In early 2015, I found myself off work on a long term sickness. Stuck at home, with only daytime TV and a bit of beard trimming, I decided to take a stroll through Glasgow, and stumbled upon Forbidden Planet (other great comic outlets are available, though I've yet to find a more friendly, knowledgeable and interesting staff). And there, I came across a whole section dedicated to 2000AD and its past, and of course, The Meg. And there, during that illness, I reintroduced myself to the world's greatest comic. I've almost caught up on all of the stories that have become mainstays, and on some Dredd stories etc. And it has been a brilliant five years doing so. I've also delved into other brilliant stories created by some of those who made their initial career inroads on your pages. Comics are well and truly embedded back into my life, the bedrock of which is 2000AD and the Meg.

I now run a Comic Club in my school - using some old 2000AD stories, and the Regened issues as the start off point for many of our sessions. One of your brilliant Art Droids, Rufus Dayglo, sent us books for our graphic novel collection, as did the brilliant people of Rebellion (I am @clydewon on Twitter). So I want to thank you all for that.

I was a "late reader," who only gained the skills to read when my mum introduced me to comics in desperation. Comics were my reading rescue. And 2000AD was a huge part of that, leading me to seek out Harry Harrison, and many other SciFi writers as a young teenager. And Comic Club has already given an outlet to both reluctant readers and children who love imaginative drawing and story creation. 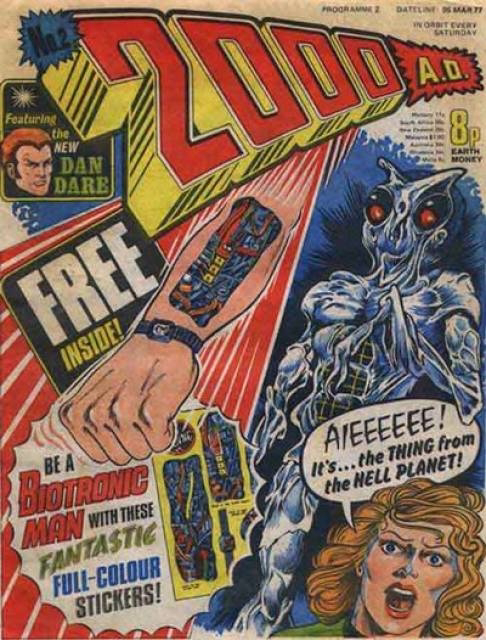 I'm hoping to try to do something re Comic Club in the coming weeks again, but covid-19 is getting in the way, even though here in Scotland, we are back to school. I'm going to try a work around and create videos teachers can use in their classrooms (I think that is something Rebellion and your good self should consider during these times- videos for kids re skills, story's, story creation, art etc, and with nods to comic activities of the past).

The Prog at the moment is absolutely amazing. I am, like many, totally engrossed by The Out. Everything Abnett and Harrison do is just so interesting, exciting and beautifully done. Sinister Dexter really never, ever should be retired - their strips, are fun and clever. And Dredd, and the Dredd universe is just brilliant. I don't think that universe can ever be fully explored.

I am so glad I rediscovered the Prog. I really hope, Rebellion continue from strength to strength … The release of so much back catalogue and reworking  of superb British comic stories has been amazing. 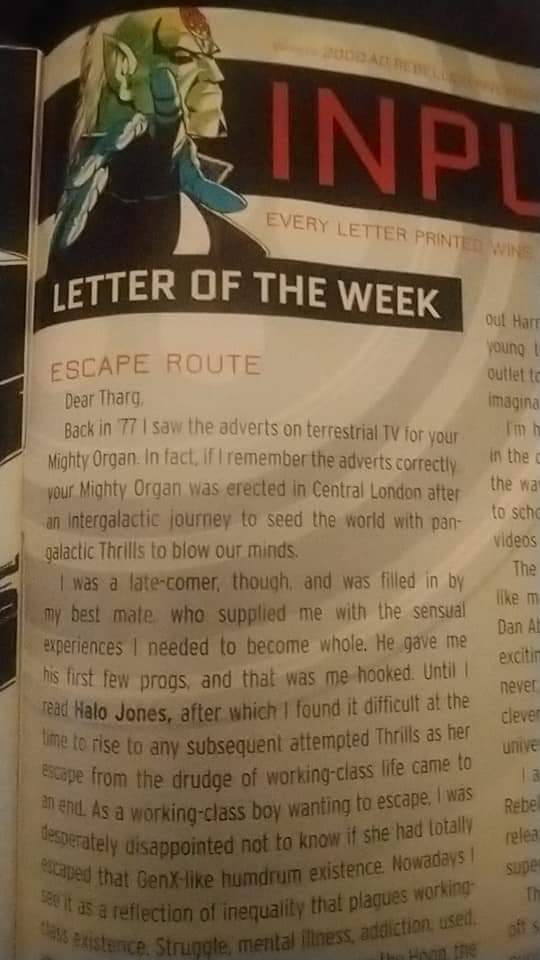 And thankyou Tharg, for being present in my life on and off and on again, since I was 11. I hope in another forty years, a pupil of mine will send a letter to you, telling you how you had an influence in their lives since their old teacher introduced comics, 2000AD and you to them.

Forever in your debt, 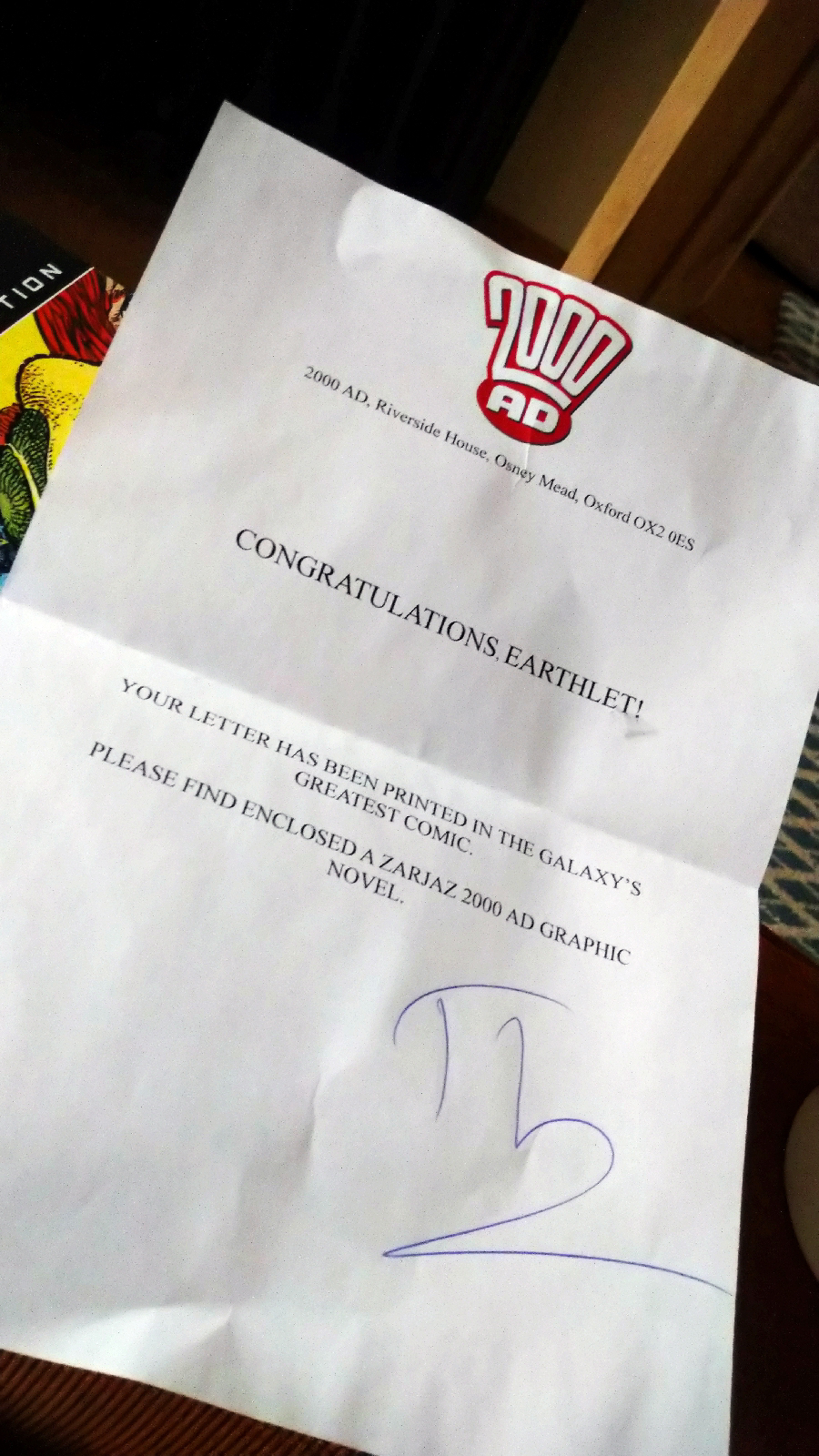