The Associates... Those First Impressions...

I went through an "Associates" phase (again) this time last year (and the bones of what I've written here comes from a Facebook post during a phase of  Associates in 2018...). In fact I go through an Associates phase most years. And I've been doing a Lockdown video search of all I can find of theirs today. I may be in the early stages of Associates phase 2020. This has been going on since late that Friday night, watching BA Robertson on my black and white "portable telly" in my bedroom.

The singles, Party Fears Two and Club Country are two songs that I would rank in amongst my top ten tracks. Musically innovative, vocally wild, these tracks really should be a go to for new bands wanting to break norms. 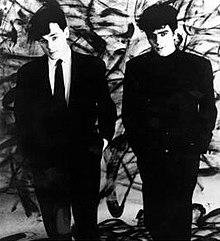 I don't know what would have helped Mackenzie - saved him from the tragedy of his torch song of a short life... Out of all of the musicians I liked, his inability to at times, use that amazing talent to take on the world-win the world for those of us on the outside- frustrated me as a music loving, Sounds, NME reading pretentious teenager a lot, but I "got" him (I never met him... what I mean is, I "got" /understood his nervousness, his stage fright, his distracting/talking to hide it.

His uncontrollable self destruction. His need for perfection, but messy organisation... ).

We can really only imagine where his voice would have taken us had he not have found living too hard.

Party Fears Two and Club Country, at the time for me, were laden with the promise of music way far away from the predictable  Duran Duran on a boat, or Spandau Ballet working until they were muscle bound. Laden with a glamour away from Banbridge. The songs were absolutely incredible chunks of modernity, sung at us in delight; in a wild, extravagant, exuberant blast of Dundonian North Sea wind on a balmy, hot summers day. Lyrics that I nodded to, and was completely baffled by at the same time (most of the nodding was to Club Country; a song about exclusion, and that video of people like me, invading that sacred, monied, place).

I remember just totally and utterly and absolutely falling for this band, a band (or duo) of mavericks, around the same time as discovering The Mighty Wah! Wylie, another madly talented, frustrating person to be a fan of... These people seemed like kindred  spirits. (Imagine the vocal-off a duet between Mackenzie and Wylie would have been?) 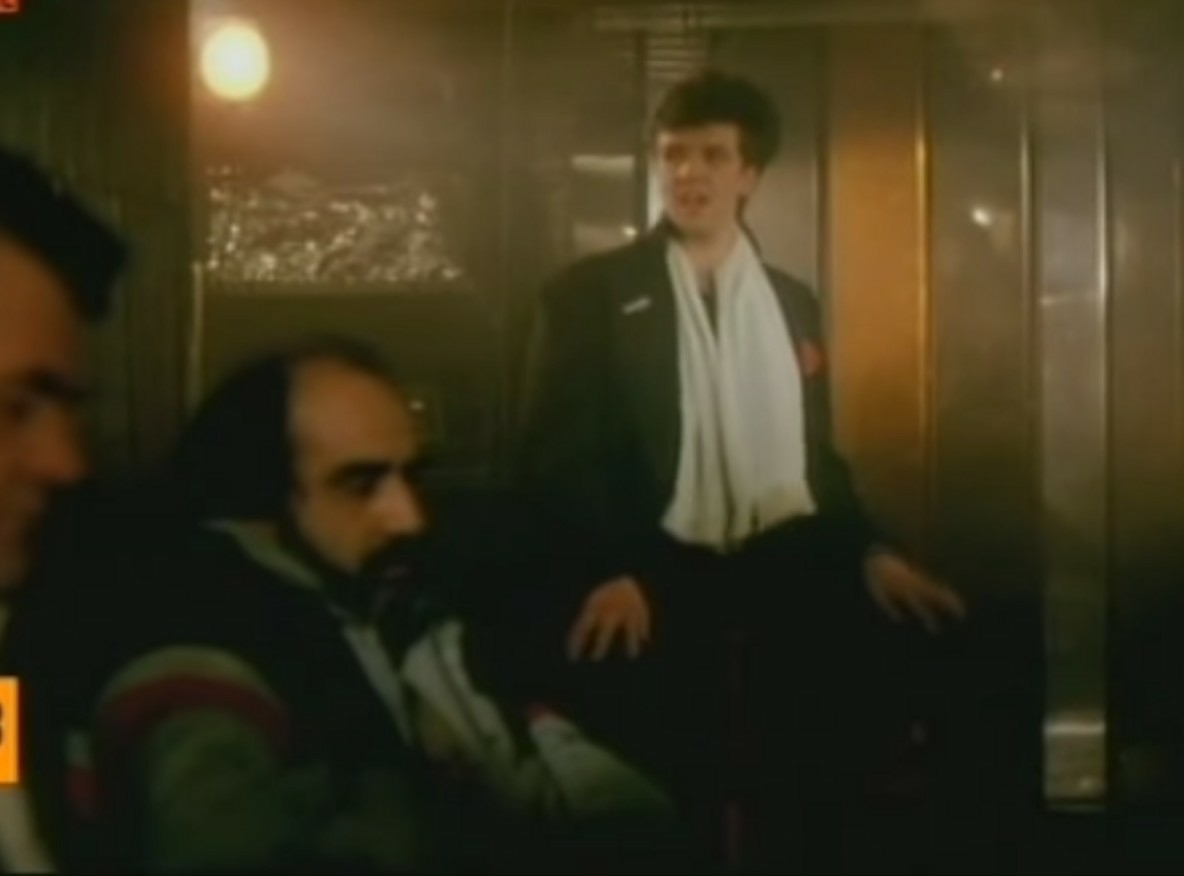 The story of another maverick... Pete Wylie

The songs released as singles after Club Country were at times, in my unimportant, untalented opinion, not the best choices- sometimes Mackenzie's in order to give them, the executives--the finger; sometimes his record company's in order to find something they could make money on. There were so many amazing, original tracks they could have raked it in with -or astounded with- from Sulk and loads of the latter stuff, including the reignition of the original relationship with Rankine. Music that really did take you somewhere. Jazz influenced, soaring pieces of innovative, indefinable music.

I remember seeing lead Bunnyman Ian McCullough in a bookshop in Glasgow telling an audience that he as much as told WEA (the same record company the Associates were on) to fuck off when the big cheese summoned him to his New York office and told him to go record something like Neil Diamond. Unfortunately WEA seemed to wanted Dundonian Mackenzie to be Burt Bacharach. He was much too clever and wiley to be trapped.  He and Rankine were too talented, too original, too non-standard, to fit the holes pop stars must be squeezed through to create the pop star sculpture that raked in the dollar.

The first time I saw the Associates was on a wee black and white telly in my bedroom on Friday Night, Saturday Morning, hosted by BA Robertson, who grated on me (I remember my school pals, Alex Adamson and Roy Wilson - or at least Roy's big brother? - liked Robertson's songs when we were at school (circa 1980-81). I liked Bang Bang, but there was nothing else he did that didn't seem like it was created for cash... Or something).

Anyway, they (Mackenzie and Rankine) performed two tracks that just blew me away... "Skipping" and "Party Fears Two."  I hadn't realised that it was their first time on telly (read, "The Glamour Chase," about Billy Mackenzie's life... A superb book that really does describe a time, the total madness and the incredible investment the record company placed in The Associates project. I can't imagine a record company giving today's talent such room to develop).

I remember talking to mates about this amazing thing I had witnessed on my telly... Noone seemed to be as blown away by what they had seen as I was. What a voice! What incredible tunes! And they looked weird... Different... Alternative... Way out of the humdrum - which was important to me living in that working class, mid-Ulster town that denied culture beyond sport. I always liked weird, anarchic... Something that punched through the monotony.

I remember hearing Kites for the first time (after I had heard PFT, Skipping and Club Country) . It stunned me. One of those, "this is the future of music," things. The Associates really were not two track wonders... Though listening to the radio nowadays you'd be mistaken for thinking that.

I remember seeing Mackenzie interviewed in Dundee, by Leslie Ash, for The Tube. I could tell that this guy was a kidder. You can't kid a kidder. In the end, the kidder catches himself on, or not, I suppose.

The Associates were like other bands I liked--the future, but today. In the early eighties, The Associates, Heaven 17, Japan, Joy Division, New Order, early The Smiths, Fun Boy Three, Dexy's Midnight Runners, Human League, Ultravox, Altered Images, Echo and the Bunnymen, Julian Cope, Pete Wylie and the Mighty Wah, early The Cure, Siouxie and the Banshees... And others, seemed to point to where the eighties should go... Where good music would go... But then kind of didn't, for the most part. That early eighties post punk, rejection of two chord punk - an innovative, amazing diverse, melodic"indie" movement (or at the time more likely to be referred to as "alternative" music) that seemed to emanate from Scotland and the North of England should have stormed across the world. But I suppose the profit taking chase of glamour and fashion meant the diversity of the mavericks, regardless of how many of them there were, could not be monetized as a sellable movement, like "New Romantics" and I suppose, "goths" could.

Sulk was a brilliant, brooding, melancholy album. A friend with money taped it for me. I played it to death, and then rather than buy it, I got it from the library and taped it again (I've since bought it on vinyl and downloaded it from official channels...)..

For many years, the only  album of the Associates I owned on vinyl, "Wild and Lonely," which is gorgeous... superb. I have managed to catch up and own as much on vinyl I've been able to find, and have downloaded as much as I can from official sources. And I wish I could go through all of that collection here. But I've chosen two very different tracks that you might not have heard before, to hopefully start you off on a bit of a discovery session.

Anyway, have a listen to these and wonder why you don't hear more of The Associates, beyond (the admittedly difficult to surpass) Party Fears Two and Club Country.

This track is extraordinary in many ways, including the fact Mackenzie takes a vocal backseat. There are versions on YouTube of him singing this live... Go find them. But this was what was released in 1981... 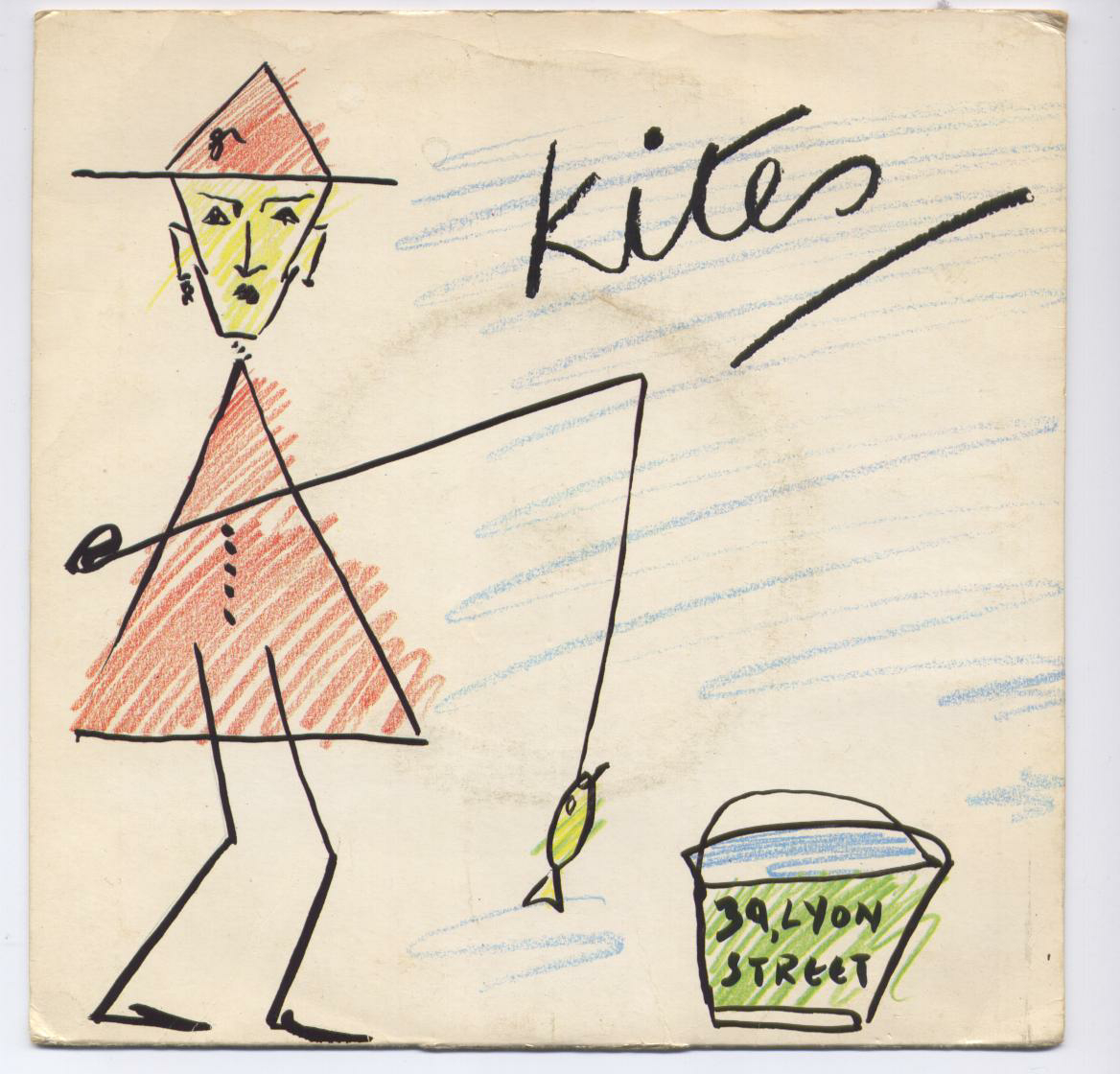 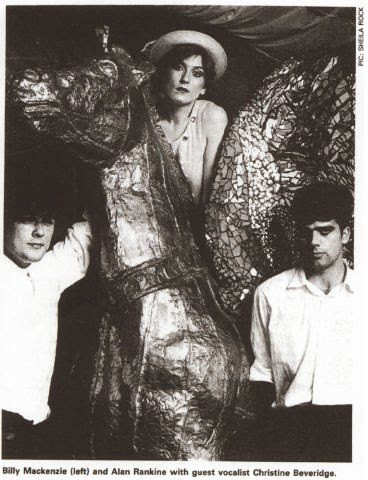 The track below is on the post Rankine album, "Perhaps," which again I blagged a tape from somewhere,way back then. This is soaring pop, a bit less "alternative," but I love Mackenzie's vocal on it. 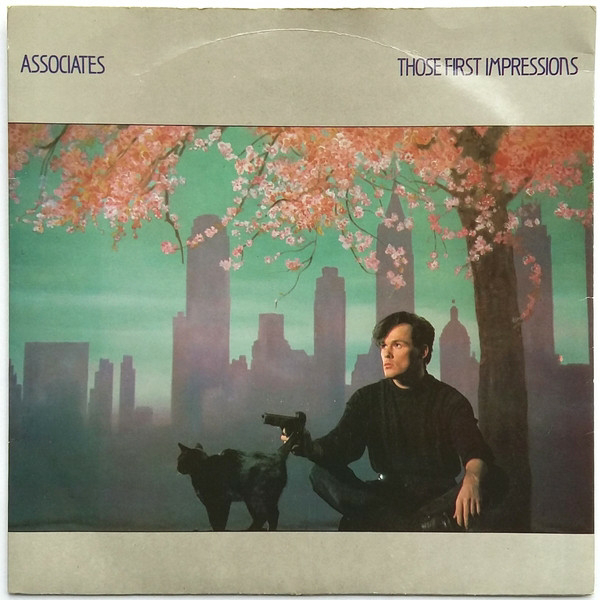