I'm very thankful for men like this one, who during the Northern Irish troubles, kept bread on the table and did so under threat from "all" sides, and I'm remembering ordinary workers who felt fear and were maimed or killed by terrorists during that time, while doing ordinary jobs. And I'm remembering some of my own fear. 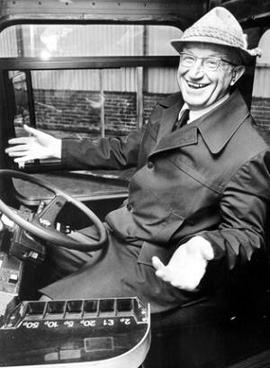 His name is Werner Wolfgang Heubeck. A man who kept the public transport in Northern Ireland running, and went on to the front line to do so, carrying bombs off buses.

I just watched a BBC Northern ireland documentary about him and the heroic people, whose jobs were to do no more than drive buses. It brought back lots of memories from the time. 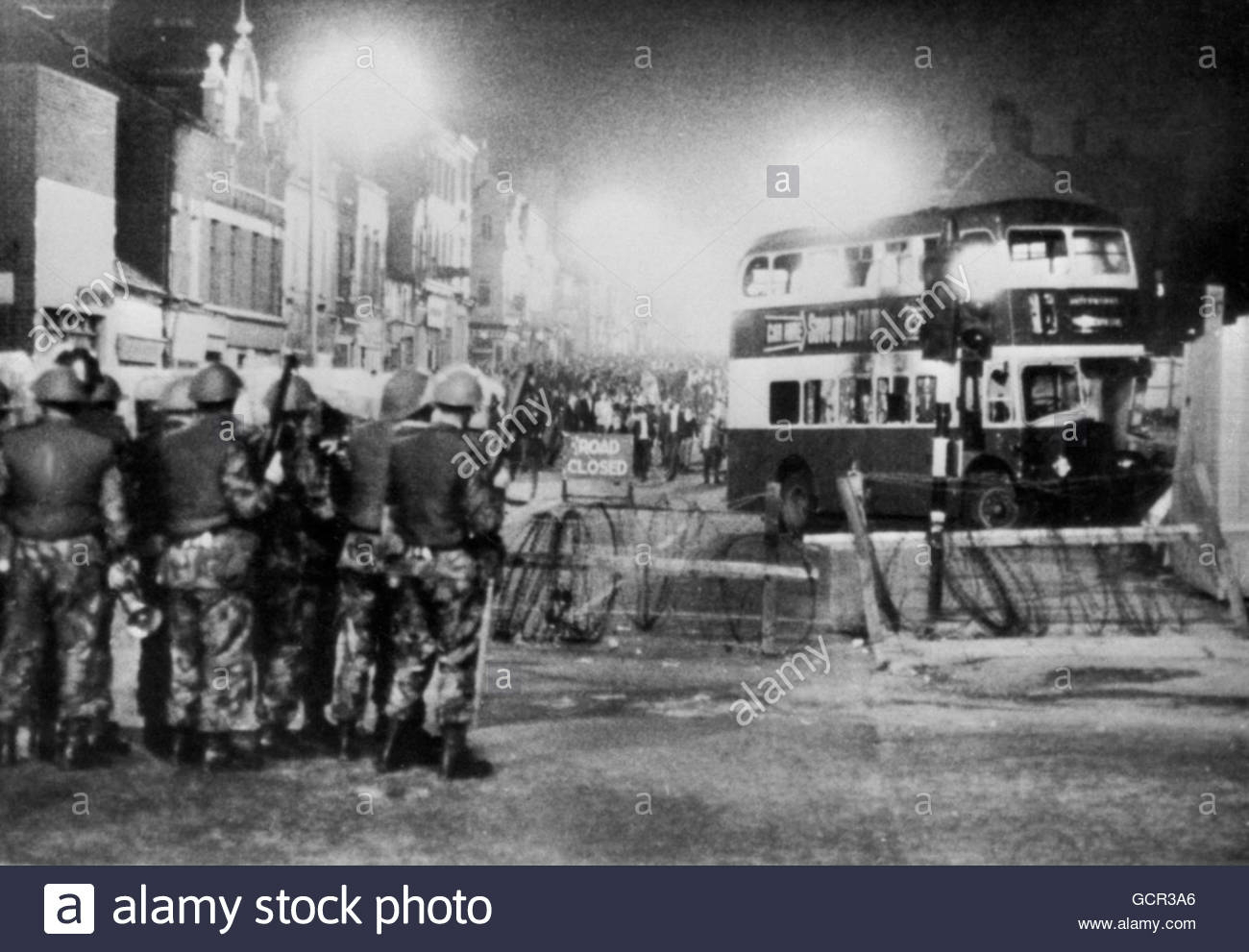 But the biggest memory that came back, was sparked by an interview with Werner's son. He told of his worries as a child of his father at work. A worry I had, especially when I was old enough to  realise what was happening in Northern Ireland, and the realisation quite young, at how the terror organisations and political players cared little for ordinary peoples lives... especially if their ordinary lives could be exploited, or got in the way of some political goal. Bus drivers such as Harry Bradshaw and Sydney Agnew who lost their lives, due to nothing more than working to ensure their families could afford food, electricity, heating and a home (please Google these people. Heroes of the Troubles really were not the politicians and flag wavers. Heroes were those who struggled on for their families).

Harry Bradshaw (46), a Protestant civilian, was shot dead by Loyalist paramilitaries as he drove a bus on the Crumlin Road, Belfast. He was killed because he was working during the United Unionist Action Council (UUAC) strike. 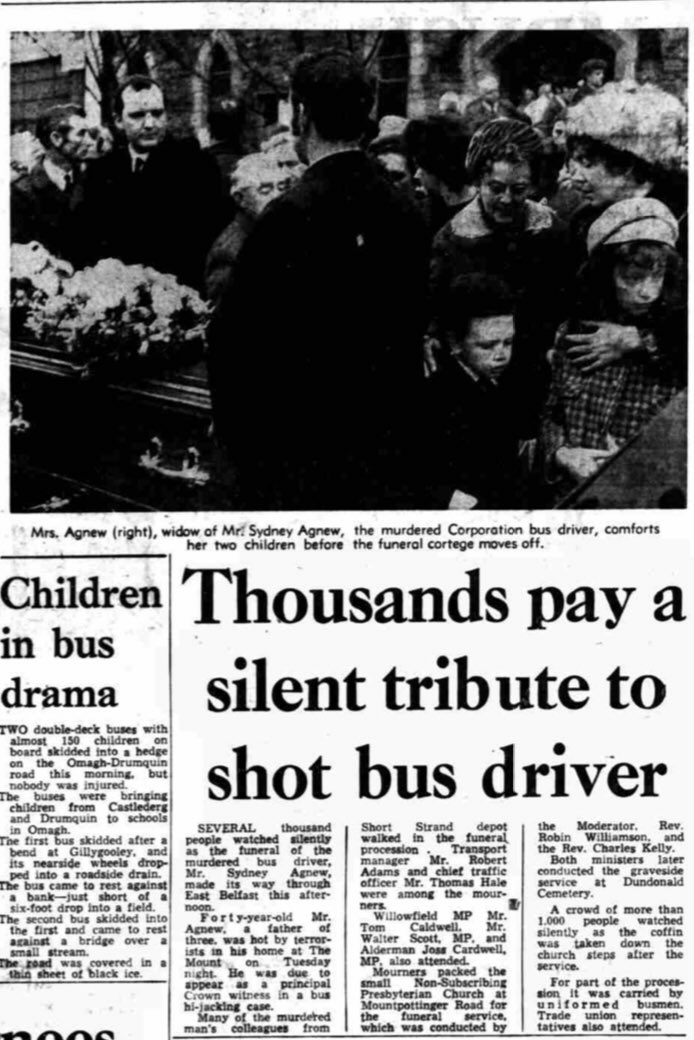 My father was one of many thousands of unsung heroes of the Troubles. When I realised he worked as a joiner, as a foreman, on building sites in areas that almost daily appeared on news bulletins, I became scared for his life.

My dad drove a bright yellow Farrans (construction company) Transit van too and from Belfast, from Banbridge, every day. He drove through many different areas, across borders (peace lines), collecting and leaving off workers on the way. Dad was well respected, and liked by those he worked with. One of those people he drove too and from work ended up in jail, and when my dad passed away earlier this year, we found letters from jail from the man, who praised his friendship.

Dad really had little interest in sectarian division. He worked on both the Shankill and Falls and other places as equally as divided and religiously ghettoised. And we had to change our phone number to "x" directory, because of the threats made to him when he had to pull people up, from "all sides," for their work.

On one occasion, a young worker, who he'd asked to redo something he'd not done well, told him he was now a marked man. A "we know, where ye live" speech, one that folk say in jest nowadays, but one that was a dreadful threat coming from someone who could well be a player. Dad was like many ordinary people in Ireland, in the situation of having to do the firm's dirty, dangerous work, and hand over the "protection money" to the paramilitaries. So on this occasion, when doing so, he reported the threat to the IRA commander who picked up the money. The commander told dad not to worry, as he and the other construction workers were, "building houses for the people."

The young guy came to work the next day and apologised to dad.

On another occasion, in a Loyalist area, on handing over the money, a well known Loyalist terrorist opened his jacket, to reveal a gun. My dad said, "Oh... What have I done?" (Oh how fucked up society was when workers were so much on tenter hooks that they had to watch their step in case of some perceived insult to fanatical sensibilities).

The terrorist, laughing, opened up the other side of his jacket to reveal a bottle of whiskey... A present for dad, and said, "Only joking Bobbie!"

When the terrorists drove off, dad went in to the site office, opened the bottle and took a few swigs of the calming spirit. Some joke.

There are a few stories I could tell about my dad, and the threats he and his ordinary work gangs suffered.

I worked with him as a labourer on occasions. I witnessed the hand over of the cash a few times. And I visited terrorist HQ's with him on occasions as well. And I remember driving through "peace lines" and past cordoned off crime scenes and devastated bombed out homes and work places.

And I remember the laughter and the crack in that van... I remember in the early eighties long conversations about electronic music with a young joiner and I remember the shouts and whoops of the men in the back of the van as dad raced the newly built Delorean cars as they were tested along the M1.

And I remember as a young boy, watching the 5.45 news, to see if Belfast featured, as mum cooked the dinner. I felt then, worried sick for my dad. But I held it, crushingly inside.  I'd tell mum, "Dad might be late, because there is a [bomb/shooting/incident/riot etc] in Belfast." And I'd stand behind our living room curtains, anxiously watching the road for a sign of that yellow van. And I remember the elation I felt when my dad returned home, and sat in the kitchen with his plate of spuds, radio on and unfurled Belfast Telegraph.

I worried so, so much, about my dad all my life. In more recent years, about his health.

But how do we heal a generation of grown ups who were put through mental torture by idealogues who targetted, or disregarded ordinary workers?

My dad, although he would never show it, worried about what was going on: look up Kingsmill Massacre and Teebane, and other incidents that targeted ordinary workers for putting bread on the tables of their children, to understand why.

Like quite a few people who lived through this horror, this terror, this fear in Northern Ireland, I resolved not to let it get in my way. I had friends who were from all corners of our broken society. I partied across peace lines and drank with UDR men in their bases, and Sinn Fein members in student digs in various areas of Belfast.

And I crossed all borders.

When I look back, I wonder if I hadn't have left Northern Ireland in 1993, would I have become collateral at the hands of some idealogue or other from either side (the murder of two friends, a Catholic and a protestant in Poyntzpass was carried out by someone who drank in the same company I did, a mixed crowd of Banbridge catholics and protestants).

Education, as always, is the key, to stamp out ignorant hatred that leads to "the enemy" being a bus driver or joiner earning a wage in order to raise a family.

This is why I support, whole heartedly Stephen Travers (Twitter @MiamiShowband) in his drive to create a space for Truth and Reconciliation in Newry, County Down. (@TaR_Platform).

I wasn't shot, I wasn't blown up, but like many children of the Troubles, there was an impact that stays with me through what I experienced both emotionally and physically (I was threatened and attacked a few times for being in the "wrong place," and for saying the wrong thing to the wrong people).

My dad and our family suffered loss through the troubles, as did thousands of people. But we all suffered fear. Everyone in Northern Ireland, across our visible and invisible borders. And some people, ordinary people, heading out to ordinary workplaces, suffered fear because their jobs crossed the indiscriminate paths of gunmen who could at any time, pronounce them as collateral, or collaborators.

"Noone has a monopoly on suffering or loss." 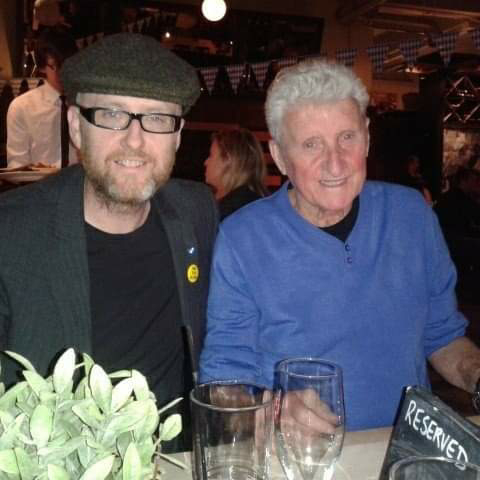