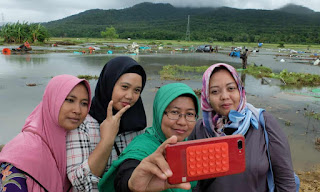 A bit of a debate over this article in a group I'm in. As some know, I lived in Northern Ireland for 27 years, all of which, except for the first three, was during the troubles. I saw bombs going off, and the aftermath of those.

Mobile phones didn't exist in the way they do nowadays. I guarantee you if they did, many of us would have taken photos in front of bombed out buildings, wrecked streets etc. I would probably have done it as a young person or teenager, and perhaps smiled. In fact, I know I would have. The "normality" or "abnormal normality" of these events even sparked black humour, and when I heard or saw bombs go off, sometimes we'd joke "they missed us." Sometimes we'd rush TO bombs we heard going off to see the aftermath /help (though to be honest, there was never much we could help with... 95% of what we did was pure voyeurism) etc. As it is, I have souvenirs of bombs going off in my hometown, including a chunk of metal from one of the cars I saw exploding. At the time, as a 15 year old, I had no idea if anyone was killed or injured. I wasn't. (as it turns out, Noone else was).
Now, of course this kind of souvenir taking and voyeurism is questionable, of course it is. But it was our normal. It was our way of dealing with what was going on around us. A disastrous war that claimed many lives and ruined many, many more. The photos the press churned out of us were of a wretched, miserable people. A two dimensional view.

But when something happens outside your normality, a valid reaction is to record it. Be amazed by it. Record your presence in something locally, nationally or internationally "surprising," different.
Bombs went off at different times of the day, and on one occasion a pub we'd just left was "hit." Again, Noone was hurt, but if I'd had a camera, I'd have had smiling pics of me and my drunken mates after surviving that one, probably smiling, probably beside the small blast (a bicycle bomb outside Gowdy's... Any of my norn irish friends remember that? It was a foggy winters night is all I remember).

So, the rush to judgement to me, is one of privilege. One of "we send our money to help these people, yet they smile." We want our charitable cases to look miserable, and not to be recording themselves happily beside some unusual, abnormal event close to their everyday normality.

Can you imagine... We in Northern Ireland laughed and smiled our way through horrendous events. Some of the jokes we told would make your toes curl... (mild one:  "The Reverend Ian Paisley was killed when his car hit a tree. The IRA claimed they planted it." circa - 1985).   It didn't make those events better... It just made our lives more bearable. I'd have been really angry with anyone from outside Ireland telling us to be less sensitive and more miserable looking.

I think we should stop being judgemental about people in shock or whatever and hopefully ensure those who need help, get it.
Posted by Neil at 10:26