Many people on the outside of the Scottish Socialist Party are watching the current internal row and scratching their heads, bemused at people fighting over the bones of something many thought was long dead. Some of us, though, had for a while, thought that the party was revitalised post indy ref, with a flood of new members, and a lot of new money.

(to see SOME of what this is about, see  HERE, HERE, and HERE and this public Facebook post... 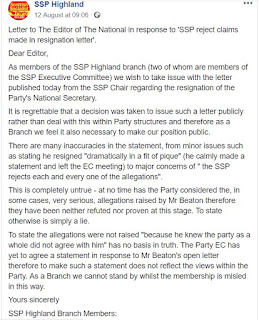 This hope turned to dust as the stranglehold of a small group of people and their personal dislike of each other, played out under the guise of creating the Ill fated Rise, crumbling with it, the reputations and trust worthiness of the “new cadré” hoping to replace that of the warring factions of Colin Fox and Frances Curran.


For many, the SSP was under stress well BEFORE Tommy Sheridan dragged members through court in his ill fated pursuit of The News of the World. Those of us who stayed may well have left the party a long time ago even if Tommy Sheridan not have been revealed to have been the charleton many now know him to be. The stresses and strains of the factions like the various Trotskyite groupings and the Scottish national question could well have destroyed the party a few years after 2005, if the Sheridan Show had not taken place, but out of loyalty to some of those attacked and degraded by Sheridan, some of us stayed, and didn't rock the boat, hoping against hope that something of the original project could be salvaged.

The superb independence campaign conducted by the SSP both in community halls and online looked like it had turned the party’s fortunes around, and injections of new blood and much needed funds saw a new enthusiasm blossom within the party,albeit temporarily. 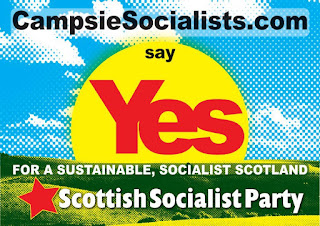 The core leadership, under Colin Fox, suspicious of any activity in the party that was not initiated by them, began to hack at strangely perceived threats. This, combined with an ego that had Colin believing he could regain a seat in the Scottish Parliament under a badly formulated “alliance”with a small group of ex - Socialist Workers Party activists, and ex-SSP activists under the leadership of Jonathan Shafi and Cat Boyd and the Machiavellian whispering and insinuations of Frances Curran, crashed a revitalised party that was beginning to pull in new members, platforms and interest within the large Yes movement. My own experience of this period was awful. I personally was threatened, and had insinuations made against me that had me having to go to the police. There are many within the SSP and many who helped form Rise from without the party, that I will never trust in positions of power. As I've said HERE, I have never revealed all of what was thrown at me, but it I still have all the evidence of threats, whisper campaigns etc ready for such time it is needed.  I was just one of quite a few people who, when disagreeing with the core leadership of the party, were thrown under a bus... the current, young, National Secretary (joining the ranks of "enemy of the party," etc, like me, Allan Grogan, and many others ) and National Chair being the latest two.

All of this and the current problems (which are rooted in pre-Sheridan Show siege mentalities and personality battles) have exposed a party not fit for the purpose it was created for. Socialists in Scotland, unfortunately, do not look to the Scottish Socialist Party as a party to join (nor do they look to the SPS, SWP or any of the smaller socialists groups either).

Socialists I've spoken to do not look at the SSP and say, “hopefully they will sort out these problems.” Few really seem to care, beyond watching how the very personal spat between ex-MSPs plays out. And that, to me shows perfectly what Fox, Curran et al have done in the past few years.

And the pity is, that presently with the most right wing Tory party in living history in power, the working class in Scotland are in dire need for real, socialist representation. 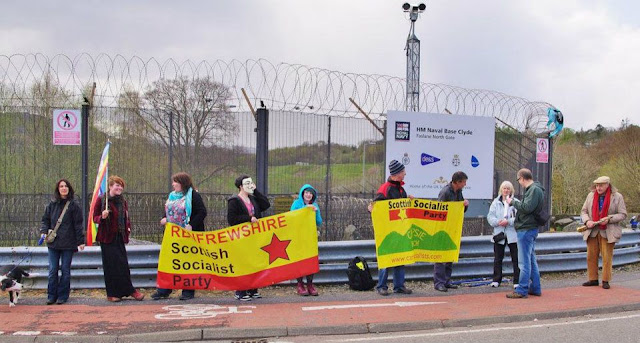