I have two choices, he tells me.  I can spend the rest of my life in prison, or I can go free.
That’s no choice, I hear you say.  Well, it is slightly more complicated than it seems.  Let me explain.
I’m sitting in a cell.  An FBI guy is facing me, sitting on a chair.  I’m sitting on what passes for a bed, but is nothing more than a raised concrete platform with a really terrible, cheap foam mattress and a couple of sheets.

Apparently, after I was thrown out of the bar for singing, again, and being sick in the ashtray – again, these guys picked me up. 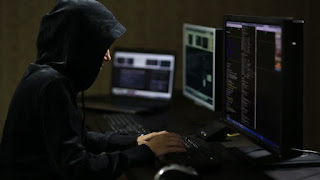 Everything up to the point in which the FBI got involved – last night - in my life, has been pretty normal.  I went to school, I had a shit time, I drank to forget, I got a shit job in an IT department in a paper company, I hate the people I work with, I drink to excess every weekend, I clean up on Sunday, and hit the nine to five hate-fest Monday to Friday.

I have no friends – my friends are the heroes I read about in comics, and the heroes I create in the comic strips I make and upload to a nerdy website for people like me.  Nothing extraordinary.  Well, except for one thing.  My comic strips are not about flying, caped, iron suit clad narcissists who fight women in cat suits or men who want to rule the world, no.  My heroes are people who live normal lives, in American suburbia, but are not American.  They are spies.  Not from one particular country, but from countries around the world, and they outwit and fight each other for secrets or to stop the rising tide of different menaces such as fascism, imperialism, corporations, dictators or apathy.  I get a lot of praise for these comics.  In fact my name, or comic creator name, Ozark, is pretty well known in my community.  Which is of course, online.  All my friends are online.  And that’s how I like it.  Meat friends are jerks.  They really don’t exist.  The wonder of this thing called the internet is that it has brought people like me together with people like me who also hate meat friends. 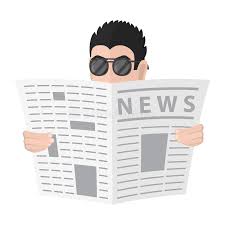 I have no family.  Well, I do, but I haven’t seen them for twenty years.  We lost touch, on purpose which came as a relief to both parties, especially when I discovered drink, marijuana and bars and realised I didn’t have to put up with their crappy shitty small-town walnut sized brains.  By the way, in no part of this I will tell you I am nice.  I’m not.  I’m a jerk.  But hey, I like me.

I rarely have girlfriends.  At the moment I don’t have one.  The last one left me over a year ago and lives somewhere up state with her night class teacher.  I sometimes meet a girl in a bar, get drunk with her, sleep with her and never see her again.  In actual fact, that is a rare occurrence, but has happened. Once or twice.

It sounds really shit, doesn’t it?  The thing is, I love my life.  I love my days hiding behind my desk in work, barking at idiots who don’t know how to ctrl alt esc.  I love getting home and cooking something new, exotic and hot, and settling down in front of my screens and chatting to other avatars and comic fans.  I have a few plots of land in Second Life, and I game like the best fucker there is.  That best fucker is me… because I know most Triple A’s like the back of my hand.

None of this is prison material, right?

Me, Ozark.  The only crime I have ever committed is to buy a second hand copy of the British comic 2000AD 1990’s “Sex Issue,” which is just bad and every nerd wants to pretend to forget, but all own.
Only, that’s not what I am being told.  I have a choice, I am told.  I can spend the rest of my life continuing to do all of these things, or I can spend a lot of it in prison… or something.  The something hasn’t been explained, but will be said,  he says, if I make my choice.

Its an easy choice, no?

Ozark creates comics.  Ozark is me.  I script them, draw and colour them, and upload them for other creators and nerdy readers to pick them apart.  That’s what I thought I was sure of.  Its what I do sober, because if I ever attempt to write or draw drunk, I really can’t.

I thought I was sure of that part.  The drink part, well that’s the part I thought might be the difficulty, because I have been known to black out and wake up in all sorts of places.  Sleeping on top of walls, in doorways, in my bed… funnily enough never in the bed of anyone else.  Always my bed, or some shitty place I’ve managed to crawl in to on my way home from whatever bar has gotten tired of my whine, or rant or song.

Only it isn’t the drunk part of my life that has been the problem.  It has been the sober, creative part.  And that’s part of this strange deal. If I choose to walk free, I lose the creative comics part.  I won’t have the creativity to create the comics I have been creating for twenty years.  If I choose to go to jail, they will cease to exist.  They will literally be ripped from the internet and locked away, after they have been used as evidence against me, or something.

Apparently, he says,  I have been murdering people for twenty or so years.  This comes as a surprise to me.  I really don’t recall ever murdering anyone.  The bigger surprise is that there is a lot of stuff I can’t remember.  Years of stuff.  People, places and events.  I wouldn’t be surprised if they told me that I had some sort of mental illness that means I don’t remember short periods where I go out, hunt down some lonely asshole and rip them apart or something.  But no, that’s not the sort of crime I have committed. 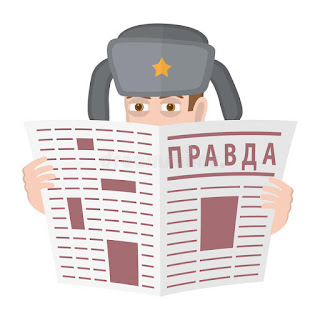 This is news to me.  This FBI jerk across the room from me stares into my eyes and asks me, “What’s it going to be, boy?  Prison or freedom?”

This is a huge decision.

I could lose everything I am.  Every memory I own now, will disappear.  And I will languish in a prison, or I can continue this existence and drink, draw and hate in the way I have come to love over the past lifetime.

Only apparently, I haven’t.  Because I am a spy.  I have murdered and stolen and had adventures that have seen me travel the world, prevent wars, start wars, and marry and have kids and drive amazing cars and boats and planes.  I have met rock stars, Presidents and Queens, and loved and made love to,  Presidents, Queens and Rock stars.

Just like my comics.  Only, my comics apparently really don’t exist.  They exist only in my head at this present moment in time.  Because this is what my Government gave me as a failsafe.  I’m programmed to become this person, this Ozark who I feel I have been all my life if I am caught.  All the memories I have, of this lifestyle I have grown to love – in the past 24 hours – has been pre-programmed and executed by me when the FBI were on my trail.  The comics I remember uploading are actually my life.  Coded.  I’ve literally been me for 24 hours, he says.

And the FBI are being kind.  They are offering me the chance to live on as Ozark, or hack my brain and reinstate my life, which will mean jail.

They don’t need me to suffer, he says.  The spy ring was smashed.  Others I knew, including my wife have made this choice, he says.  She will either go to jail or live whatever nondescript life that was pre-programmed into her head and set up by my government for her to live. And the American Government, who just want the spy ring stopped, have no problem with jerks living out boring, drunken, grey lives, he says.

Only I am the key.  If I wake up, all will be woken.  And all will go to jail for espionage.  My Government will disown me and the others, and we will be left with nothing only the memories of our real lives.  The colourful lives that are at this moment on pages in my head that say they are on the internet.

To live, or to be Ozark.  So he says.  Is there someone behind that glass laughing at me?