We careered along the one track road, towards Glen Columbkille, singing at the top of our lungs. The booze and smoke from the night before still buzzing in our heads.


The wild colonial boy, and the Star of the County Down, so Leo had called us. And Leo, with his accordion, knew because he was Leo father of Clannad and Enya, he was an Irish hero.


And so was she, Dolores O'Riordan… At This part of Irish history, where the shame, guilt and cultural genocide that had been foisted on us; the freeze… Out in the cold off the west of Europe, had begun to thaw...fall away, and the Irish were trending in the analogue world before social media. 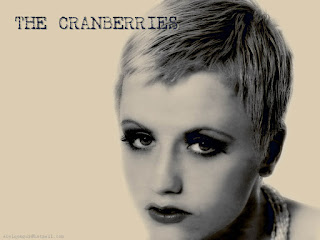 We'd met Julia Roberts on a beautiful coastal road, as we passed a film set on the road that the Garda said was probably the road he wouldn't take after giving us directions this way. Apparently she was escaping the press after her recent celebrity break up; and my cuz and I knew life was always going to be as carefree as this… Until it wasn't.


It was 1994. Ian had come over for my sisters wedding… The double wedding. This year, we’d do a road trip. His visit last year had coincided with that other huge confidence building project, U2 and their Zooropa tour. Before Bono and the lads had been caught tax dodging… We’d sang, “Lemon,” all the way down in the Dublin train, all five of us, across the border drinking tins of lager. We'd seen Courtney Love, Frances Bean and her doomed poet as we drank overpriced beer from plastic cups, and we'd lost Gareth, who then spent the night in hospital in the crowd surge as Bono came on stage. When we arrived back on the train into war divided  Lurgan, the army had chased us as our car had been parked in the wrong place. A misunderstanding we laughed about at the end of a gun.


This year, peace, it seemed, was breaking out. Kissy noises were being made by the evil men and their politics of death. And it was good to be Irish.


The fields of rocks glided past the car, and I knew I was on the right track. Rocks, dead saints, carved rocks and a sense of belonging to this mad, ancient, poor land.
“Oh I thought the world of you… “


Ireland, much loved by America, had begun the task of setting aside the guns and bombs. A task that would take a few more years, but peace, confidence and aye, love was in the air.


“You've got me wrapped around your fingerrrr,” and she did. And I was happy. For a while.


“I'm glad you are driving,” my cousin said. “I'd have had us over a hedge, “ and he sparked up another and passed it to me.


Dolores sang, we sang, laughed, smoked and drank and laughed again with people we knew for a few drinks or a toke or two, friends for life in our memories.


And with her ethereal voice as the soundtrack, Ireland really never seemed so beautiful.