Little Ungagged and the Massive Movement

I have had the pleasure and privilege of being part of a small, but growing media organisation in Scotland that is reaching out across the world.

Ungagged! Can be found HERE

Its also Available FREE on iTunes and Podbean

As someone once said, the tide goes out before a tsunami. The tide has been going out for many years now. The left have had few victories (and when I say the left, I mean those of us- the majority of the world, who understand that the ever expanding pursuit of profit is a recipe for the end of humanity).

I think the world is very different from the 60's-  in how we interact, how we access knowledge, how we are able to process that knowledge. The 1960's showed the first HOME response, in my opinion, to the globalisation if American Capitalism. It was only the beginning, really- the early days, of building global resistance and a future overwhelming network for change.

Change is happening. Social change- the kinds of change that effects us all across classes - change in legislative responses to gender, sexuality and race, are in revolution at last.

Economic and class revolution has not yet managed to snap its organisation into the new networks- but that is in its early days and is happening. The speed of the inclusion of equity in the new movements is beginning to gain some momentum. 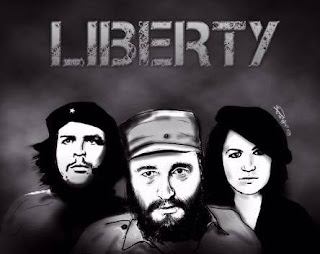 Yesterday showed important things that many are missing.

One- political engagement has gone up, not down- how we measure that has to change. We know now that the mantra of "the poor and the working class have disengaged from politics," is false. They disengaged from the limited menu the establishment presented-that's all. Six people turning up for the latest "big" swp front meeting is no measure of the left. How many watch it on livestream, or how many people challenge their analysis is ONE new measure. How many people who don't join their front, but are talking about the issue on social media across groups and networks adds to that.

Two- there was no need for one big leader yesterday. Yesterday happened across networks. It included, but largely bypassed "branch meetings" and calls from the next big lefty "thing." 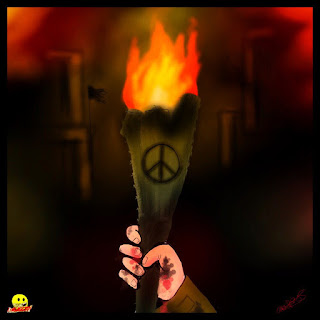 Three- yesterday was across class. Like stop the war in 2002 and G8 2005 in the UK, this global march united groups across the classes- but for something very clear- equity and equality. And against something very clear- against misogyny and the "alt-right/proto-Nazi's/Neo-fascists," and the programme of the extreme right of the establishment.

Four- the most obvious of the less obvious things people are missing is that the right are now pissing off the free press. Expect a HUGE fight and polarisation of journalists who will stop taking orders from Murdoch etc. Real journalism will again, like Watergate, come to the fore. 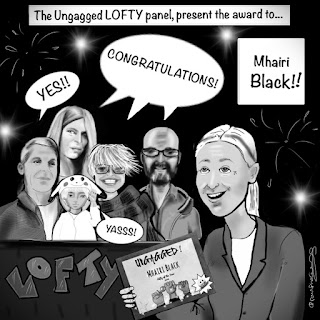 Unlike bringing the left together in 1968, yesterday was organised without the having to get past the physical fighting of the egotistic leadership's of factions (and unlike g8 2005, no Geldoff/Bono/Love Actually folk were able to hi-Jack it!)

Seattle 1999 was in my opinion, the kickstart of the new left organising across new networks and communications delivery systems. We've spent the last 20 years learning how to talk to each other across borders/ different experiences and political foundations using new platforms... Political Groups meeting virtually was unheard of until the late 90's -and has lost the suspicion it was viewed with as more and more people see it as a real life necessity and natural inclusion in their every day routine. 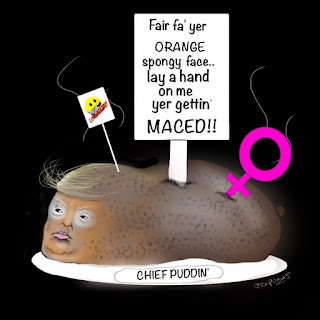 I don't think change happens in the way (and I don't mean this to patronise) 1917 happened in Russia. Not entirely anyway. Networks in those days were only physical. Networks came together via rail travel etc- slow change. And centrally organised. Networks nowadays are by far, digital, and NOT centrally controlled. If a small group begins to dictate in your network in a way you disapprove of, you walk- you create or join another one. Yesterday's march shows that. A digital call to march went out a few weeks ago- and spread across the world and was relayed by individuals in loose digital networks.

What I would say would be a huge failure would be us not learning from Stop The War Coalition, (and here in Scotland, Hope Over Fear) etc's failures. Call outs to demos -repeatedly- will put people off, especially as numbers drop off. What needs to happen now is for networks online and in the real, to plan real world work. Standing with strikers; Blocking corporations tearing down trees; blockading trident etc etc- and joining across these organisation's-talking to each other and coordinating. Expanding real networks, linking up on issues across networks etc, creates support, confidence and change. 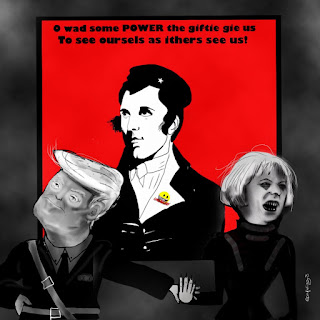 And even more so- action in our workplaces that meets the right wing ideology head on and pushes it back into its dark corner.

Anyway- where Ungagged fits in to this is as an umbrella for networks and individuals who don't always agree (on the left), but whose networks can, occasionally link, collaborate and promote change.

Change comes through dialogue (and in the case of 1968, even physical fighting during organising!). We may not always agree- and see red when another lefty disagrees with us- but the bigger picture is the links we can make.

Keep talking, keep bickering, keep using your skills, digital, verbal, physical etc and let's be a small part of the change that will come!