To truly understand a system, you need to be able to stand outside it.

Dramatic? Aye – living in today's world, fully engaged as a working class person, at any part of that class spectrum is a dramatic, unhealthy thing. But how to escape? With great difficulty as an individual in the UK/ the West/ the developed and developing world.

I’m going to start this blogpiece with a recipe. I'm asked – what does a vegan eat in a hurry? Well tonight, we were on a budget – well – no-one could be arsed doing the shopping – so we “made do” with what was in the cupboard. This is what I made.

For the flat bread

Use a breadmaker to make dough.  Or make dough by hand. Or buy a couple of ready made nan breads or other flatbreads. 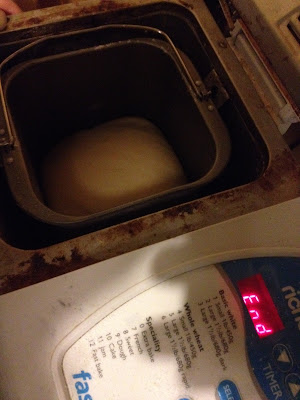 Measure 200 grams of red lentils and 50 grams of split peas.  If you only have lentils - 250 grams of lentils. 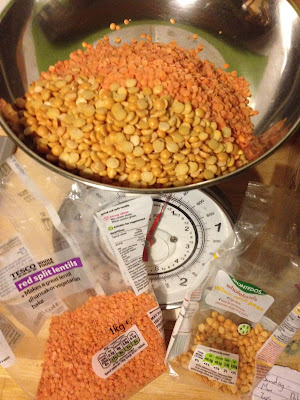 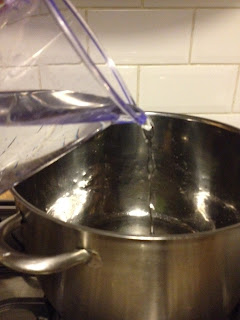 a teaspoon of turmeric, 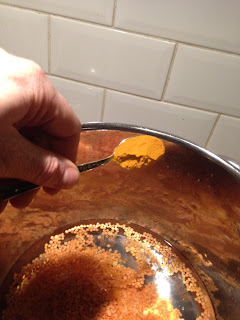 a teaspoon of yeast extract 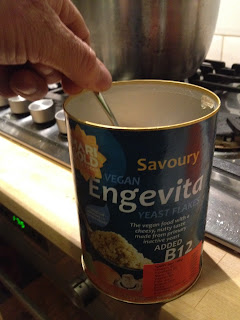 and a teaspoon of salt; 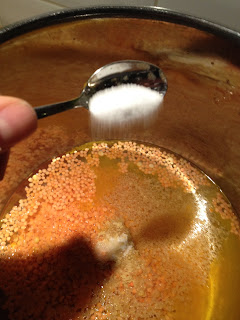 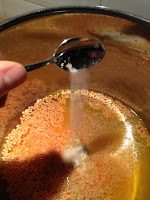 simmer until the water is absorbed.  Add a bit more water if needed. 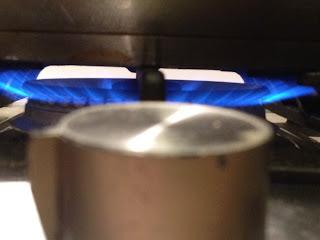 Roll out the dough quite thinly. 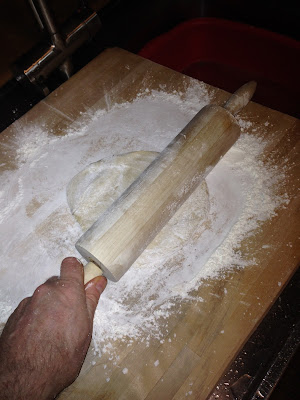 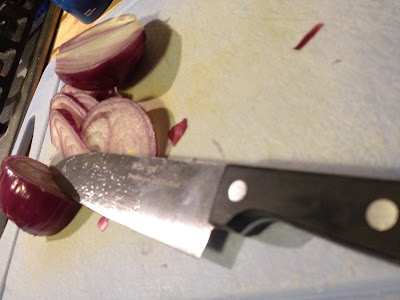 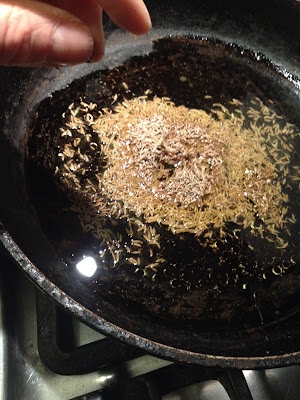 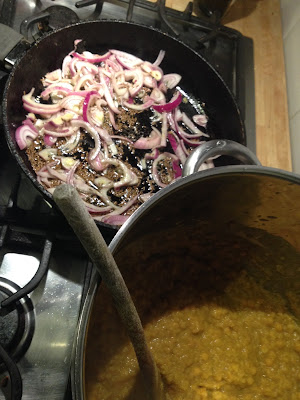 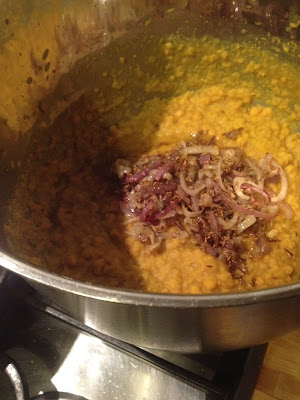 Fry the dough on both sides (almost dry) and add oil to the bread and some quick garlic. 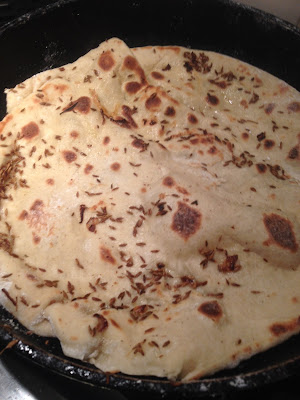 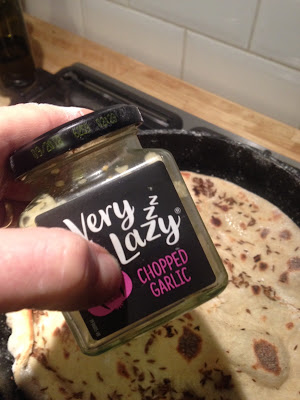 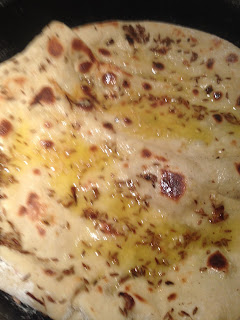 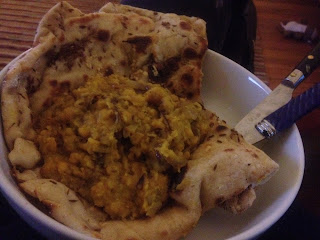 Anyway, some have tried the “moneyless” thing as individuals or communities – but when it comes down to it, those who do, are still reliant on the system- its cast of off’s etc.

But I have taken myself out of aspect of the system – and in doing so, it has laid the system bare in front of me – easy to see; obvious in its workings, collusions and manipulations.

When I was younger, I was aware of Nestle and what it did. But being wrapped up in the system, I really couldn't see how avoiding a product or two could help make change. But, after reading about it in more detail, I stopped buying Nestle products – and I haven't bought them knowingly for at least half my life now (I’m 50). But this didn't take me outside a system. It just made me swap products. I killed and exploited through other chocolate bars and ice lollies. But not babies, I hope.

I was still being exploited by employers and manipulated by corporations.

To take yourself out of a system, truly, it has to be something you enjoy. I think those religious festivals in which you give things up – whether it be Ramadan, lent or whatever – originate in spiritual discovery. Ways to really appreciate what is going on around you – where things come from. What your bodily needs really are. Appreciation.

Giving something up must be something you will make excuses for. Something you will say, “But I need some pleasure in life,” or “its the whole system that needs changed...” when confronted about your exploitation of poor workers. Giving up Snickers when you can substitute that bar for something else is really not giving anything up. Go to the source. Give up the ingredients. Give up the culture around that 10am fag/e cigarette break. Really give something up.

And this is where my giving stuff up comes in.

I always experimented with myself. From physical stuff like testing freezing sea water swimming in midwinter, to parachuting (im petrified of heights), twice, to hill walking, to travelling though countries on my own etc...

But these experiments only effect me. They make no changes in the world I live in. So then I tried experiments where I gave stuff up – a year at a time. Alcohol – a great love of mine, went for a year. Then sugar. Then meat. Just for a year.

And these years were finite – I could look forward to the end of them – the drinking session that would bring the booze ban to an end. The dessert in a restaurant that signalled the end of the sugar famine and the leg of lamb that brought the meat free year to a full stop.

They were experiments with myself. Personal, and did nothing only give me something to start a conversation with – write a Facebook update or blog about. They changed nothing in the world only something in me.

Yet, during all of those years, I began to see something of the system. I began to see the resources used – billions of pounds; physical space and lives devoted to promoting those three products.

And then it happened. About five ears ago, I realised I could no longer justify something dying – its life prematurely ended – its only time conscious brought to a bloody, often painful, stressful – frightened – end for my palette. I saw the joy animals had in life – the same joy children and adult humans had. The love they had for their herd, family or children. And I couldn't eat them.

The thing is – I loved meat – the texture, taste and the amazing recipes you could create using different cuts and animals.

But I really couldn't justify in any way, eating them. And the evidence I saw all around me showed eating them wasn't that good for me either.

I saw row after row of shelves in supermarkets of tinned, packaged, dried, marinated dead bodies. All of these things, made to look distant from the reality of where they came from – sentient beings – clever, communicative, loving beings. Corporations wrapping up death, ecological disaster, murder as cultural and “cruelty free.” And we tell ourselves – we repeat their mantra -of “if it had a free, happy life, its ok to eat it.”

Anyway – I'm not writing this to persuade you to stop eating meat.

Alcohol and sugar – two other products that are pushed by corporations – products that are literally everywhere. Sugar in almost every processed piece of food. Alcohol on screens, on billboards and dressed up with cultural references to suit all. And it is an incapacitator and a killer. And Ive seen it incapacitate and kill – and see that continuously. And I loved it. I loved the image of it – and I loved the effect of it – and I loved the cultural links – drinking mojitos in Cuba; Whiskey/Whisky in the Celtic colonies; real ale from casks and real lager in Pilsner. And getting wrecked on hot afternoons, at gigs, or because the love of my life at that point and I were not getting on.

I remember discovering the craic, the beer with friends and thinking as a 17 year old “society has conspired to keep this great thing away from me.”

And the wine on a Friday; the beers on a Saturday; the BBQ, the wedding, the Christmas Glühwein…

I’m meat, alcohol and mostly sugar free. I avoid them all. Further – I’m vegan as much as I can be – that is in my everyday life – but have been known to eat an After Eight or two if someone has bought them for me at Christmas. They are made by Nestle, by the way.

And the other night, we went for a meal in an Indian restaurant and by mistake the barman gave me a lager with alcohol – instead of the alcohol free version. Its lucky I am not an alcoholic. I was more than halfway down the pint before I realised – but when I did I finished it. The first alcohol in five years. It didn’t tempt me to go back on it.

I miss none of these things now. I crave none of them. I don't feel holier than thou – I’m guilty of many things in life I see others avoiding – but I feel better. I'm not better than anyone for giving these things up – just a slightly happier me. Healthier. Happier – less guilty and less part of the huge corporate machinery that processes us daily. Our shopping bills are much less without meat and wine (though not everyone in the house is meat or sugar free).

And I don't feel I made up – or took someone else’s - principles – I wasn't influenced by a pop idol or someone who guilted me into giving up things I enjoyed. No – I came to my own logical decisions based on he effects on the world and on me these products have. I wanted to have less of a “footprint” on the world – and a lot less dead animals and people on my conscience, I wanted to be healthier and I wanted to be manipulated, pulled, twisted ground up and spat out a lot less than I had been.

And standing on the outside of those huge, three corporative interests – untouchable by their promotions and spokes people and product placements and invidious poisoning of my food; I can see the full horror and how culture and lives are claimed by these monolithic manipulators who care not a fiddlers fuck about your well being – or the workers they exploit – or the animals they rare cheaply and slaughter.
Posted by Neil at 15:53