Back in the seventies, opinionated working class people did not have spaces in which they could rant, or reminisce or ruminate. As someone who became a teenager in 1979, the Internet wasn't even a dream. No one I had ever read or listened to predicted a social "space" in which individuals could learn, be abnoxious, post penis pictures or work collaboratively with others to help bring about change. Representatives- heroes- keyboard warriors - did that for us from the newspaper columns and music press and comics we bought. And to learn about the world, we had pen pals.

Before I turned teenager, A friend of mine, Clark, had a pen pal. Clark had a lot of things I didn't have. Guitar lessons, straight hair, a tent, a pink panther car, a telephone in his house and his house had the number of my favourite Disney Character, Herbie- number 53.

His pen pal was from South Africa, the other place apart from Northern Ireland, where I was from, that was in the news every night. Clark told me about his pen pal having a swimming pool, a huge car and brilliant, sunny weather all the time. 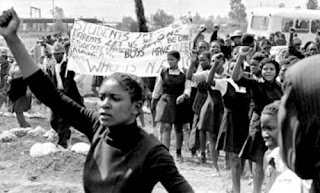 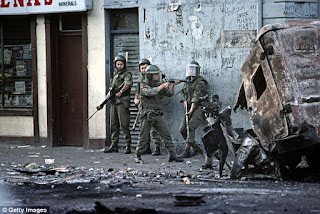 
I wanted a pen pal.

And then came my opportunity. Clark's pen pal had a friend who wanted a pen pal. He had sent his Durban address and a photo for Clark to give to one of his pals- and Clark gave it to me.

This guy, at the age I was- around 10, was who I wanted to be. He had straight blonde hair, a tan and a bright straight smile.

"First things first," I thought. "I'll have to get a photo."

In those days the only way we knew how to get a selfie was to pay in the Photobooth in Wellworth's (across the road from Woolworth's). So, with my pocket money, I went off to have the pictures taken.

Each strip of "selfies" was made up of six photos- each one individually taken by the automatic camera. I only needed one, smiley, ordinary pic, so the other five were for me to make a comedy book mark.

I hated the strip of pics. They were the opposite of everything that was good about HIS picture. I closed my mouth to hide my huge rabbit teeth and I had TRIED to clamp down my unruly hair. And those fucking freckles... "Anyway," I thought, "maybe he'll like me as I am. Maybe like my friends, he'll not really judge me by how I look," which was daft as we all ad Nick-names for each other based on how we looked...

I cut the pic from the strip and went about writing my letter. My P6 teacher and now my P7 teacher both encouraged my writing. Both made me feel good about what I wrote. And I always had my stuff read out to the class- or was asked to read it out. So I thought the writing would be the easiest thing to do. 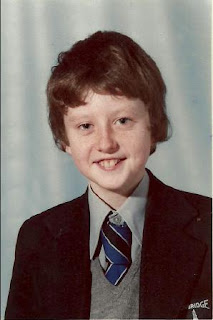 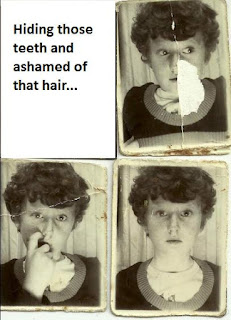 To describe were I lived, "lots of fields, we play on bikes, my best friend is ...erm, Clark (Mickey); my dad is a builder, my mum a cleaner." Or to avoid talking about my mundane, working class life?

It sounded a bit boring, unlike the imagined description of the swimming pool and servants and Savannah land with elephants he lived on.

But I told him about the games we played- "pretend road blocks," where we stopped cars in the street and asked the drivers for their licenses, and throwing stones at the earth removers building the local bypass.

And then I thought, I have to ask him about where he is from.

"How come some white people are so nasty to black people?"

(I would dread to see the original letter- the language I was brought up on to describe black people-none of whom lived near me - and gay people- and disabled people, all perpetuated by the media and repeated by us, was awful).

I asked, "How come black people were forced to be servants and why they weren't allowed to have the same things white people have?" I asked him, "Do you agree with apartheid?" I told him that I hated the idiots in my country who thought Catholics weren't equal to Protestants (a distinction between people I was, at the time, struggling to understand) because Mickey and his family were brilliant people and didn't have horns or anything.

I signed the letter with my newly perfected signature, stuck it in a business envelope stolen from my mums work and decorated the envelope with Suzuki and Kawasaki signs, stuck stamps on it and posted it on my way to school.

I think most people want to communicate who they are- how they look, what they do, how they feel, their opinions on the world around them- all done in different ways and using different media. From buying a fancy car, through to wearing a teeshirt with some sort of message on it, through sculpture, painting, writing or sticking a few bulbs in their garden. It is a need- so I never judge anyone who expresses themselves in different ways than me, unless it is harmful to others and other animals etc. Express yourself! And use all the media you feel comfortable on and using. And as a teacher, that's what I aim to teach children. Be yourself. Don't worry about what others think of who you are, and collaborate on things that can make the world better, brighter, happier, fairer. The free internet goes a very long way to helping with these things- we have spaces and devices available nowadays 10 year old me could not imagine. We make films, we speak face to face from thousands of miles away from each other. We publish spiels of words, telling the world, "I am here- these things are me." And we argue and we fight and we take selfies and we have pocket TV's and communicators that even the original Star Trek creators could not imagine.

And I think, in the early days of this new way of being- this new way of discussion, collaboration and fighting, eventually the world is finding out about itself. It doesn't really matter if you have light or dark skin, feel different from how people perceive you or have curly hair. We are rapidly changing from a distrustful, bigoted, segregated race to an open and more understanding one. The old are kicking out, thrashing and lashing out in their death throes, Brexit, monarchism, Britishness, The Daily Mail, The Sun and Trump- all looking and sounding like something from a different era.

The fact I waited and waited and never received a letter from this blonde haired, blue eyed Afrikaner devastated me at the time. He hated my freckles, my woollen jumper, my curly hair and my obviously "hidden" buck teeth. That's how I interpreted his silence.

As I got older, and involved peripherally, with the anti-apartheid movement, I wondered had he taken offence at my questions? And I hoped so. Maybe this person was racist. And then as I got older I thought, "how could this person ignore me because of any of those things?"

But the Internet, and art and writing and using capitals on forums to show how right I am are my right.

And I still have those over large front teeth and I wonder is his smile still as straight and white? I wonder did his family lose out when Mandela was freed? I wonder is that blonde straight hair long gone?

Or, did I not put enough stamps on the envelope?
Posted by Neil at 09:19