The SSP has huge decisions to make...

Last year, the SSP launched a rival party to itself and jettisoned some of its most loyal and hard working members, leaving a party that had made huge gains in both image and size, in total disarray.

This years AGM (11th June), the first I won't have contributed in some way for 13 years, will be one that is a fraction of the size of the past two- some who will attend will be there to give the party one last shot. They will be there to see if those who (despite warnings from some and the total horror of others) led it down a path it may never recover from, are at all penitent- or if they will-  as early signs show- blame "online" (a communication tool they don't understand) and those "who left," and those who dared doubt "the leadership."


As I have said in the past- I stood down from EC for one main reason- it was not because of the drift to Rise (which I made no bones about on SSP forums- I had huge doubts about), but because of how unsafe I felt inside the EC "leadership."

After the vote last May to explore an alliance, I accepted the decision of the very democratically flawed motion and conference. The present leadership are still peddling the myth that an ill equipped AGM and a dreadfully flawed debate was in some way "the democratic will of the party." You would think they would begin telling the truth when a huge swathe of members either walked from the party, or just sat on their hands for the first election in many.

For having views that doubted the path to subsuming into a group led by a smaller, actually insignificant group- the ISG, I was targeted (as were other cautious members), threatened, trolled online and in SSP forums and attacked as a "fascist," a "scab," "mentally unwell" and threatened physically.

Now- my leaving was not because of the threats etc-,I've been toe to toe with fascists and paramilitary supporters etc- my leaving was because those on EC who had the power to do something about the threats and "hitlists," even though they promised me as EC members (National Secretary and Regional Organiser)- they sat on their hands.

And in fact, the National secretary encouraged those who threatened me and targeted others, by praising them publically and giving them jobs.

This was what the SSP brought to Rise- a group of people who threatened, slandered and name called across social media (and booed and cheered when people spoke in EC's, AGM's etc) were energised by the thumbs up of the National Secretary, Bill Bonnar.

I had to stand down. I had no protections. My comrades were not working in solidarity with me- and I certainly could not work with people who demeaned, name called and threatened those they saw as "the enemy within."

The National Secretary as far as I could see, was protecting his daughter who was implicated in all of the shenanigans (and who just in the past week has apologised to me).   The Regional Organiser, did not seem to take any of the complaints that seriously- he, despite being someone I would call a friend, was more interested in who was saying what to who. I kept my promise on not going on the attack and dumping all of the shit I was sent on to a blog post- and still haven't. They damaged the movement, those who threatened, spat and dragged the SSP to the floor on Social Media STILL need dealt with (and in fact are still fighting and spitting across twitter and facebook)- and I am still protecting what is left of a party by keeping these threats and insults off the net.

I stood down from the SSP when it was clear that attacks were going to continue after an extraordinary email was sent from Cat Boyd to the same National Secretary who told me that he expected 2000 people to turn up at the first Rise conference.


The same sort of of figure inflation an ex MSP had been running around the country telling branches and meetings - though her way of putting it was, "the new party/alliance would have between 2-3000 members from Ayrshire alone!"

Extraordinary analysis from two senior members of the party that showed just how out of touch some had become from the movement and the new movement for independence. That analysis was not the only odd take on what was happening/could happen in Scotland, as Colin Fox was likening Scotland, and all that had been happening in it since 2011 (and before), with Greece and Spain. "Scotland's Syriza/Podemos," and "Taking the fight to the SNP" have to be the two most extraordinary political misdiagnosis by any senior politician post-independence referendum this side of the Scottish border. I said so on Facebook by sharing a meme I spotted 9see lefty guru edited version above) -and the lead candidate from Rise emailed the party National Secretary that I had been acting like a creep etc- an email given "credibility" by an ex-MSP who I would until that point have still called a comrade.


Others left the party and the alliance because of the egoist bypassing and democratic handstands that went on.

Communities and branches were ignored except when they were needed as hands aloft for the strangely Glaswegian billboard and Morningside, personality centric analysis. And slowly as democracy was stood on, scraped up and shredded on the SSP EC, EC members stood down, unsupported -and going unanalysed by those carrying Colin's bags, all hanging on to older men's voices around the table- some afraid to speak up in case they too were labelled "mentally ill," "sexist," and worse.

So much for solidarity.

Those left in the SSP have had the bare bones of the "hidden national leadership" exposed - a leadership that was always kept out of sight by the lie that branches lead the party - giving the finger to democracy. Will the membership who are left act at AGM?

The SSP faces a huge decision at its AGM. Should it continue down the road of dissolution within Rise in the coming years, or should it leave- creating in effect a new, stronger "ISG" to fight in elections?

Well, that's the odd decision that will be put to the SSP. It's reduced membership is roughly equal to that of the less active, and rapidly declining membership of Rise- yet Rise will still be spoken of as an entity worth being involved with.

The solution from the hidden leadership is that Rise is kicked into the long grass - they don't want to be seen as sectarian.  But like the SWP and Sheridan's Solidarity, Rise will only be a vehicle if it is politically expedient.  Which will be never.  rise will become the smaller of the "groups" - a vehicle for radical feminists and students.  Like the SSP in 2007, some of those involved will hang on with fists aloft - for a while.  The cleverer of them will find other outlets for change.

Is the SSP strong enough to pull through what in effect was the biggest disaster it has suffered since 2007?

Or is its time up?

Delegates and members will have to decide that, working through a series of motions that could kill or cure the party. They will also be effectively giving Colin and others that dragged the party into the mire the reigns to do it again, (or by absolutely choosing Rise, clearing them out - not an option the SSP Leadership will allow to win) and again wrecking the left as they flip one ineffective and dreadful analysis for another.

As Sheridan fell, and continues his fall- we've seen who really stood by him until his SWP/CWI supported split happened. The crumbling tower of lies is still hitting SSP members on the head- and the tower of lies caught up in the aftershocks, built around what happened within the SSP last year is only beginning to tremble.

The SSP has a huge problem to think through. But if it chooses to go it alone- the fight back will be difficult- and it then faces a real decision- in fact in my opinion one that is imperative- time to dump those who have led the party into disaster twice in ten years.

And for that, strong, politically astute people need to take on masters of the Machiavellian- and a party in fear of the Internet- as some of the old guard shut down debate, discussion - the life blood of a socialist party. They are there - kicked aside during the past year.  Let's hope their democratic confidence has grown.

What do I hope? I hope the party rebuilds. I hope the members stray away from the personalities and the microphone grabbers and get back to community work. I hope the SSP ignore the wee sects and build a real left unity home. A democratic machine that builds in communities through support against local austerity and dreadful council decisions. But as I say, the flotsam and jetsam needs to be skimmed and REAL talent needs to come through - talent born in local fights with austerity and anti working class representatives and corporations. Not the odd, "ism" labelling, student tooing and froing of a middle class, "acceptable" national face.  And not the odd lefty guru, climbing through the ranks of their union by cap doffing and eating petit fours with the top brass.

As for Rise, it's bare bones have been exposed. The fact it had committees democratically formed that were ridden roughshod over by a small elite- producing a joke of a manifesto and a "Sheridan for Glasgow" type campaign which disappointed and disillusioned members who had been dragged in by what, in the end were false promises.

Involved in Rise there are passionate people- fighters for their class and real community activists in the making - who hopefully will continue to do real work beyond the shouting at McNuggets, railway workers and coffee drinkers.

At present, there is nothing about the SSP or Rise that merit a vote (great intentions are not costed plans!) As campaigns go, the election campaign was a disaster. Where socialists for councils and Holyrood are concerned, other parties have the lion share.

In the last election I looked to other parties for a more effectual way to get socialists, republicans and pro independence people fighting on my behalf. I'm glad to say, those I voted for were elected. 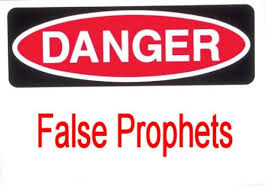 For me, the way forward as an activist is not through the self proclaimed prophets of the working class, drawing up manifestos in Holland (seriously!) and building paper Trojan horses outside a cafe they all usually buy their coffee in.

The SSP certainly is not the "left unity party" I joined nor the detoxed party I helped to rebuild during the Indyref. Nope- in the next few years I will be joining in with local campaigns, campaigning against fracking, trident, TTIP and the closure of local amenities and services- and I will be doing so alongside SNP, Green SSP, Rise, SWP, CWI, RCP, and non-aligned socialists, anarchists, lefties, liberals etc etc.

I hope the SSP and Rise activists drop the prophets and join the people.
Posted by Neil at 04:13