Keep your nasty, trolling version of socialism. I'm not interested. 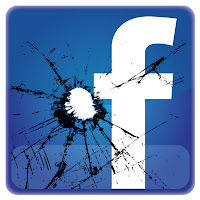 Me neither.
It's one thing going at the BNP, UKIP and the Tories- but to constantly be goading, spitting, hissing and trolling people from whom the left need to persuade regional votes from shows me the difficulty these folk have in having more than two consecutive logical thoughts...


The sadness I have in what has happened on the left in the past few months is the same, profound, depressing sadness I had in the ssp from 2005 through to the court cases and split. The left seem to want to stay small and unloved. A rebellious wee purist self righteous slogan machine.

Count me out of this.

My activism will be well away from this dangerous, self harming, bullying and politically immature grouping. I really despair at good activists wasting oxygen on it.

My vote next week, unfortunately will not be going to the very brilliant comrade, Colin Turbett. I can't give a vote to a group that thinks it is being positive for the oppressed working class by spending it's time and energy creating spats for publicity, fighting by "ism," (a tactic now being used by Tories against Corbynite Labour), and damning comrades rather than doing real community work that isn't shouting or leafletting and much much more positively life changing for those around them.

I know this is an election and this is a way for this "thing" to get itself known- but I have not seen a group make itself more reviled (and laughed at) so quickly, when it should be making friends and moving beyond the wee "your not the boss of me" screams way.

People who know better are bumping along with this, afraid to offer guidance and speak up because of the barrage of name calling, bile and spite thrown at them if they so much as point out a fraction of the negativity pouring across social media from Rise.

And it is so sad. 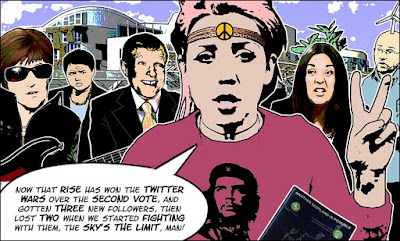