What was she singing? I had no idea, but the sound was mesmerisingly beautiful. The instrumentation, her angellic, soaring, voice, singing in tongues, a mist of sound, cool, comforting, wrapped for the winter - or at least for a cold morning.

The music is more emotion than pop-record, Elizabeth Frazer's voice an intricate part of that expression of emotion than a vehicle of meaningful lyrics. This isn't a story, this is a musical description of a beautiful, chilled, misty winter/autumn/spring/summer morning.
This was a song my friends just didn't get. Like my love of Joy Division, The Velvet Underground, Cabaret Volitaire and later The Jesus and Mary Chain- my music choices didn't fit in with what my gang listened too.

But she got it.

When my friend's introduced me to her, at first the Canadian leftfield otherworldliness put me off. I was not worthy. But her, "let's have some fun," attitude and on hearing my pre- student union drinking tape saying, "I thought no-one else had the same taste in music," I was hooked.

After cool in black, drunken dancing in the Mandela Hall and hung over laughs, our first real date was the scene of an out of town, non-political murder- a bar I had seen on TV. That night, massive storms hit the UK - the ones Michael Fish had dismissed. And I found out the only thing ethereal her and I had in common was the beauty of The Cocteau Twins wonderful Pearly Dew Drops Drops. 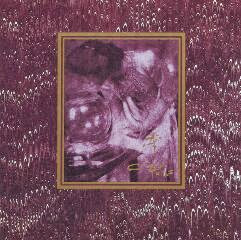