I found another batch of my old records today. Loads more New Order, but what was special was rediscovering Sylvester's "Do Ya Wanna Funk," The Patti Smith Group, "Easter," The Smith's first LP (and the only Smiths album I ever bought) and the springboard to many other groups including The Velvet Underground, Joy Divisions "Still." 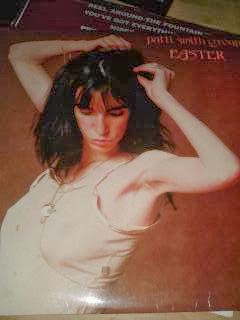 I had an afternoon of moving into the house we bought five years ago as I shifted boxes into the roof-space onto boards I bought over a year ago.

And found music I had left behind years ago.

I sang along with "Because the Night" and fetishised the grey card cover of "Still." I flattened the warped copy of Ceremony and remembered how annoyed I used to get when a couple of tracks on my copy of Brotherhood jumped. It doesn't matter so much nowadays.

Listening to them all, I thought, "It's so obvious which of my groups would be remembered." Patti, Morrissey, Curtis- all slightly unhinged - all lyricists of experienced truths. 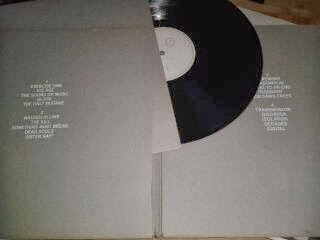 And I ate my breakfast, had a hot chocolate for lunch and booked The 78, my favourite place to eat in Glasgow.

My second place to eat in Glasgow is another vinyl themed place- Mono. And Stereo, their other wee place isn't too bad. Too City Central for me, but comfortable and lively when you must make the stressful journey into the metropolis.

Dishes, walk dog, chat to other dog walkers, wonder why the storms haven't hit here; steer through trial biked churned mud in the field and listen to Patti one more time.

And then Sonya, Cody the dog and I listen to Luna, Manic Street Preachers, Jesus and Mary Chain and Kraftwerk driving down the yellow lit, dreich Switchback, Crow Road and Expressway, past the SECC, the Finnieston Crane and onto Argyll Street to The 78.

The dog gets excited as we get closer. He does this when we get close to any familiar stops; and we park near the cottage like 78.

There used to be an advert in Ireland for Easons bookshop. It was of fast moving people milling around Belfast City Centre, modern go getters getting going, working, consuming, bees. One person is seen moving towards a door and walks into the bookshop and everything slows down to normal speed. The bookshop is calm and sane. And it's this kind of feeling that walking into The 78 gives. A place for serenity, a shabby chic, healthy place. The music is always just right. The lighting as it should be and nothing on the walls that shouldn't be there.

Its a place we can relax. A place to be. 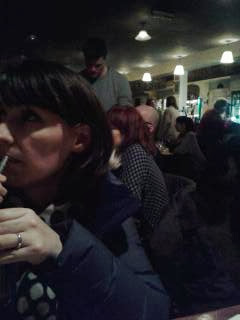 The people relaxing or serving are a real mix. One middle aged woman relaxes on one of the settees reading a book. A bunch of children with their mum and dad next to our table coo and call Cody. Couples with an age ranging between "fresher" to retired, laugh, discuss and ignore each other.

The young waiter, honest, new, tells us the soup of the day was "different" but not exactly his thing. We order it. I play safe and go for the 78 classic burger and Sonya goes for the falafel burger from the specials board.

The music, unobtrusive but as always cool; the sort of music you hear only in "shabby chic" places or in anywhere cafes in France. Every time I go in, I want to ask, "what is this?" but who would be so uncool? It was like that when I was young and went into record shops. The (always bearded, patched jeans, stony faced) geezer behind the sticker covered counter, framed by the badge covered board behind him, would sneer if you asked him what was playing, his face saying, "how can you not know, you pleb?" while the name of the track and artist punctures your confidence like a teacher telling you are a stupid wee boy. In those days independent record shops just didn't get capitalism. That's why they changed their name every year or so and then became a travel agents or an off licence. I don't think the superb staff in The 78 would sneer. But that formative experience has effected me. Asking about music makes you a lesser person. Perhaps I'll ask next time. Confront. Recover. And nowadays I am the bearded man. 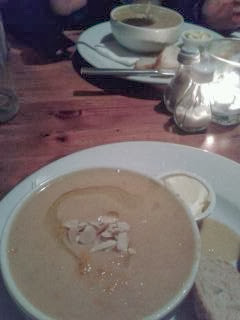 The soup arrived. The bowls were really full. The waiter apologised for spilling some onto the plate. He couldn't help it. Whoever filled the bowls full of the thick, warming, delicious harissa, butter-bean, cauliflower and almond soup knew their physics. The surface tension and the waiter's better hand had held Sonya's huge portion in place on the journey from one end of the reasonably crowded and reasonably densely furnished place of sanity. We say it is OK, and mean it. He barely spilled a teaspoon full. What numpty would complain at that? He is genuinely embarrassed. Jaisis, when I was a waiter, many's a sin I committed with an awkward thumb or misplaced finger. Nobody died. I don't think so anyway. And if they did, it was never traced to me. And what didn't kill them built their immune system. I did them a favour.

The combination of ingredients is unusual, but quite delicious. Whoever comes up with the recipes is a creative.

We chat about the upcoming referendum and how it is now a complete no brainer. It is Scotland's chance at last, to escape the Thatcherism of Thatcher, Major, Blair, Brown, Cameron and Clegg. It really is time to escape the class and soul war of the landed aristocracy that has plunged so many into desperation.
Cody, very patiently, licks his white socks paws.

An x in a box that our forefathers wanting to escape Toryism would have given their right arm arm to be able to cross. Just one wee x to say yes, we will take care of our own now we are free of the anti-democracy the house of the privileged Westminster has become.

The couple at the next table listen and do the human eqivalent of Cody's polite licking and look around the room at the walls, ceiling and floor, interestedly.

Our plates are politely taken away. My head is on the referendum, the pirate ship my P3 class are making and my wife feeling ill. I realise after we leave the new waiter is the German guy I thought was Northern Irish last time.

The burgers arrive. Did I mention that The 78 is vegan? A place we vegetarians and dog owners don't mind if you animal chewers go tl. But don't expect a pork risotto or some sort of cheesy chicken concoction in the menu as a concession to murderous meat oddities. It's all or nothing here. An anti-rib/steak shack. 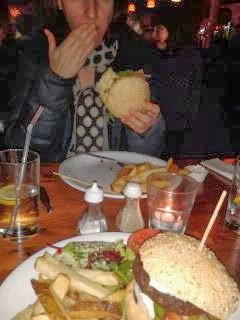 My burger is really delicious. I want the recipe. Few bought vege-burgers are nice. Most taste processed. These don't. Their texture us not "vege pretending to be meat," no. Neither are they sweetcorn covered in stodge. Mine is soft, well milled, something. And beautifully spiced. And their homecut chips are what mum used to make before oven chips stole the deep fat frier from our homes.

Patiently waiting, alert on the floor under the heavy wooden table, tied to the old wooden, reclaimed chair leg, Cody appreciates one or two from Sonya who has been completely beaten by the soup, the burger and the oncoming, creeping, snivelling cold.

I'm not beaten and soldier on to the fig and date sticky toffee pudding with vegan ice-cream I know now is Swedish Glace. I love Swedish Glace, so the fact it isn't homemade doesn't spoil the syrupy gorgeousness of the dish. In fact it completes it. All washed down with a really good cup of coffee- a feat not always pulled off by other restaurants who seem to buy the cheapest, nastiest ground coffee and dilute the hell-fire smoke out of it. Not The 78, Mono or Stereo. 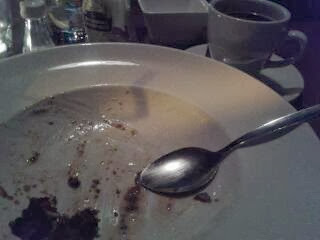 We talk about theatre we never get the time to see and gigs we cant afford because we are fiscally or time poor. Being an old male person, I have to explain what a 78 is. She doesn't feign interest too well, even when I tell her of the load we found in a dump when we were wee and their Bakelite like consistency and how they broke like porcelain when we threw them and the old Jag we played in and hid stuff in the glove-box and smoked the singles the shop lady sold us. She is shivering, definately coming down with something. 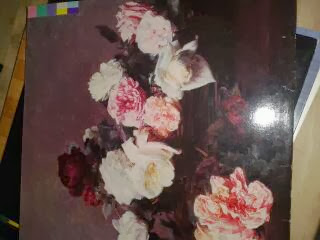 I take a photo of a 78 poster for a twitter person who has asked me where is the 78? I tweet, pay the superb German waiter, lift local "what's on" flyers and magazines I won't read and Cody pulls us out and to the car. 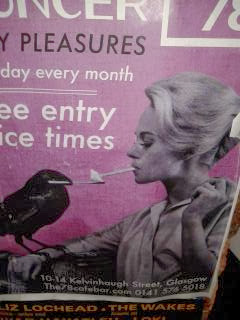 And she watches a screaming, stressful murder mystery film and I take myself into another room to listen to the sublime Power, Corruption and Lies (Your Silent Face is just gorgeous), Transmission, Novelty, and Still. And type this with my thumb. And I'll go to bed when I've played Patti Smith one more time at 33 rpm. The speed of an LP. I've never owned a 78.

"A melody, a memory. and a chest of souvenirs... the string... a symbol and a silver tongue of love." 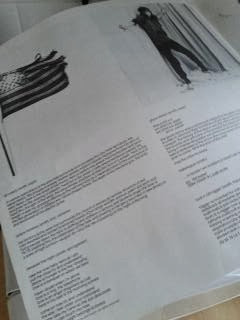 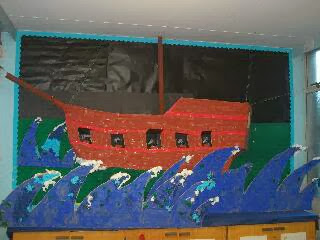 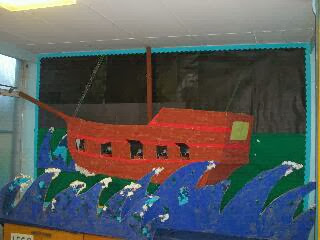 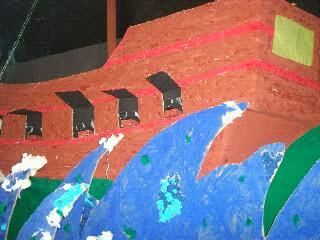