My live music experiences started in the early eighties. Pubs, clubs, gym halls; small venues with big names and with local unknowns. I feel lucky, mid-Ulster at that time was a bit of a cultural backwater and after the appalling Loyalist paramilitary attack that killed The Miami outside my town, I now realise how brave the showband musicians who still played to the non-sectarian weekend working-class crowds in pubs on Friday and Saturday nights really were.

Bands from the British music scene sometimes braved the troubles and my spitting distance experience of them was probably very different to the heaving gigs English, Scottish, Welsh and even Republic of Ireland fans had, because the big names came to play in front of crowds of at times, a couple of hundred young people braving, or ignorant to the threat of sectarian death squads.

Tonight in Milngavie, I felt that lucky. A crowd of just over 100 crowded into the small Frazer Centre taken over for the night by the, what I learned in conversation with other audience members, LEGENDARY Milngavie Folk club for a gig by two superb performers, Tomas Lynch and Rab Noakes. 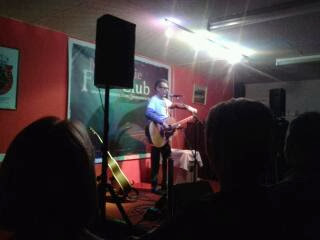 Tomas Lynch, full of nerves, enthralled with songs of beauty and rhythm some old and a few new to me. His story and his stories looked and shone and beat and strummed and picked and smiled and cried out of him. A man battling demons but projecting angels. A hidden diamond in the rough who deserves more time. I hope next time he plays those pipes.

On comes Rab Noakes, a man I first saw only a couple of years ago. A member of another world of music I am only now accessing as a recentish immigrant and newly freed dad of a more and more independent teenager. The Scottish music scene is incredible and recent finds for me have been Noakes, King Creosote, Dick Gaughan and The Vaselines. OK, The Vaselines are a group I am revisiting because Glasgow City life has made the people performing these wonderful songs accessible. Friends. Yoga teachers. People frequenting the same restaurants and coffee bars as me. Pulling music from the ether that is dreich, dark, dear and green. Noakes and Gaughan I discovered at the anniversary of Reid's socialism in action. Music played to commemorate people working, dignified, fighting the exploiters and much to the anger and venom of the Thatcher butchers, showing the workers could build ships without the bosses. Noakes, 20 years my senior, with the voice of a young man, singing songs of love, travels and murder an arms length from me.  Talking to the crowd, listening, agreeing and disagreeing and like Lynch, unafraid to spit at the Thatcherites out there because he knows we agree and express fear of the ultras draining Scotland and rUK of resources and hope and sister and brotherhood. And those stories of inspiration, travelling and his music comrades satisfied those of us enjoying connections.

I met some new musical friends tonight; songs Rab sang from his album in the making and some of his older stuff I hadn't heard. I also met new versions of Beatles songs and a gorgeous "new" album recorded in 1993 by Lynch. I met new friends appreciating the same enthralling sounds.

And I'll be back to Milngavie Folk Club for more new friends. Original, inspirational, accessible singers and their songs of sunshine, heartache, defiance, murder and love. 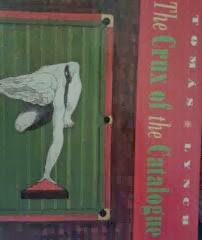