I bought a new piece of tech. I bought a record player. A cheap one. This may sound weird, but I had been thinking of when I was wee, and I used to play my mum and dad’s small collection of records over and over again on their mono record player. “Beach Baby,” “Merry Xmas Everybody!” “Nobody’s Child,” and the songs that were bought for us children, “Long Haired Lover From Liverpool,” and the weird, but beautiful “Peter and the Wolf.” 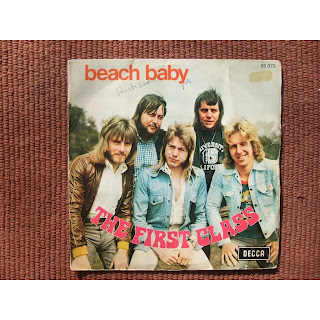 I remember the player very well – I can’t remember the make of it. But it was a bulky piece of kit, made from I guess, mock leather covered chipboard and plastic. I remember the smell of the player, clean, plastic and warm. And I remember looking through the grill to try to see the small people who MUST be singing the songs. How did they know which songs to sing? In my young mind, it was logical – they were reading the label. So I remember drawing a record and cutting it out. I drew a “track” with a biro – so the needle would know how to get to the end and lift off again. And I wrote the name of the song I wanted to hear. I can’t remember what this was. Of course, it was a disaster when I tried to play it, but this experiment made me ask questions and through time and persistent questions of “Why? But Why? Why?” I learned how sound worked. 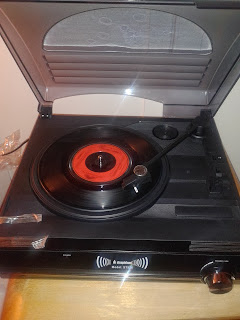 I’ve always loved music. I’ve always been fascinated by music. In third year, I got 100% in my music exam, but dropped the subject because coming from a working class background, and coming from a very protestant town, art and music and beauty were not given much prominence. Looking back, this decision was strange. I could have learned an instrument, and I insisted on dropping woodwork and metalwork for art – I was the first person in my school allowed to drop these crucial working class topics in my school.


I needed to buy a new one. I still have a stereo over in Northern Ireland, but I remember it jumping a lot, and I wanted something that would play my small collection without scratching what has remained intact for twenty years of non-play. 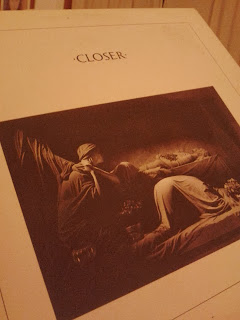 I’ve always collected stuff, from comics to magazines, books, newspapers and records, seeing the value in history and in beauty and skill in drawing, writing, photographing. All of these things have been discarded, except for a few records – the ones I valued the most. 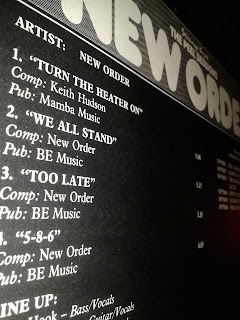 I still have a small collection of albums and 12” singles. All of the survivors are the ones I bought to survive. Tapes were the handiest thing to carry to other people’s houses or abroad on holiday. My etiquette for buying either vinyl or cassettes was, vinyl was forever and cassettes for albums I thought might be disposable. I was wrong about some of those tapes though- "The Luxury Gap" Heaven 17, "Dare" The Human League, "Too Rye Aye," Dexy’s Midnight Runners, “The Dreaming,” Kate Bush and "The Lexicon of Love" ABC being five examples of the many I have repurchased on mp3 as for me, they have stood the test of time. However from the mid-eighties onwards, tapes became the chosen way I bought albums and I bought few singles. 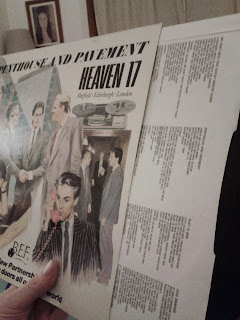 Very few of my singles have survived. I brought those over to Scotland with me twenty years ago to stick on my student digs walls, and because of the frequent moves, I gave them to a charity shop. I usually bought singles for one of two reasons – one , I thought the single was great, but I wasn’t sure I would like to spend the cash on the whole album and two, I might spend the money on the album if the B side stood up to scrutiny. 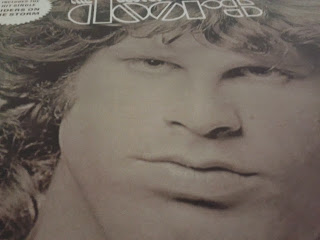 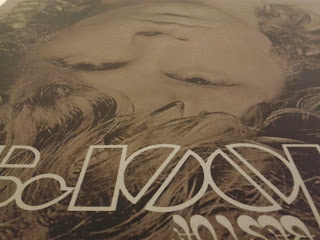 One remaining survivor is the Theme to Chariots of Fire. I remember my mum at the time asking had I heard the tune. I had thought she had meant the song, “Swords of a Thousand Men,” which I had heard and thought was absolutely amazing. Eventually I heard the tune she meant, and though I think the music nowadays has been played to death, what has to be remembered at the time it was so original - the use of electronica as orchestral music was dazzling. Vangelis was a master at this and I taped “I’ll find my way home,” and others at the time from the radio. This led me to buy the tape of Chariots of Fire; something I thought may not stand the test of time because it was theme music for a film – and something that would never be shown to my mates. It wasn’t cool. But like the film, it is still fresh. Electronica split lots of teenagers into “I love it/ I hate it” peer groups – I kind of straddled both camps. Good music was good music to me. I remember having the debates, especially when New Order’s “Blue Monday” was big, and I loved to play devil’s advocate in both camps depending on who I was debating with. 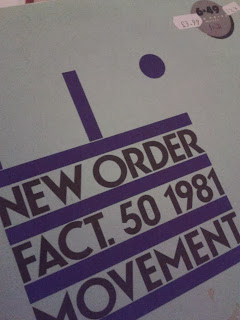 Also amongst the remnants of a once massive singles collection were Ram Jam, "Black Betty," Visage "Mind of a Toy," Toyah, "I want to be Free," Ultravox, " The Voice," and its brilliant B side, "Paths and Angles,"and Vic Reeves and the Wonderstuff, " Dizzy." Only the singles I didn’t perhaps rate highly, or didn’t think would be good for my student image remain. With the exception those I’ve mentioned, the others were jukebox rejects from a place my mum used to work. 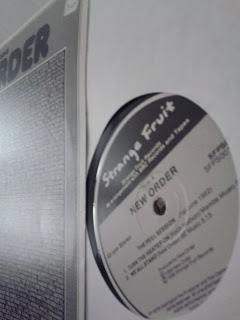 I love Ultravox’s “Paths and Angles.” It really reminds me of my trench coat anguished teenaged days. It was one of those B Sides that turned out to be as good as the A side… like “Hard Times,” on the B side of The Human League’s “Love Action” was another one. 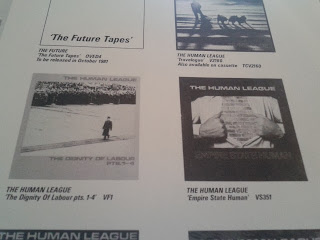 Every album I re-listened to over the weekend really sounded the way it was meant to (I have a good pair of speakers I can plug into the wee player). But my remaining albums are mostly Joy Division and New Order, as are the 12” singles. Unfortunately my collection is broken because I once leant “Unknown Pleasures,” Joy Division’s second album, to a co-worker in a charity shop 18 years ago. But the stark, industrial wasteland that was Thatcher’s early eighties; the grey hopelessness that is the landscape the Tories have blighted working class communities with again, played through small, tinny speakers or with the bass turned low, was the true sound of the stark early eighties. The very sound makes me think of my teenage cold bedroom in Northern Ireland with frost on the inside of the window... And how incredible Heaven 17’s “Penthouse and Pavement” sounds and how superbly politically left wing these top ten groups were – fighting against the encroachment of Thatcherism – something the music community needs to do again more than ever. 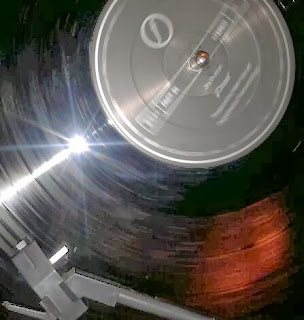 I’m looking forward to trawling car-boot sales, charity shops and junk shops for elusive eighties quality political pop. One of the first groups I would like to rebuild a collection of is Aztec Camera, with their sunny songs and stark, political lyrics, the misunderstood and misused “Good Morning Britain,” being high on the list, as are The Associates, of which I still have one, later, album. 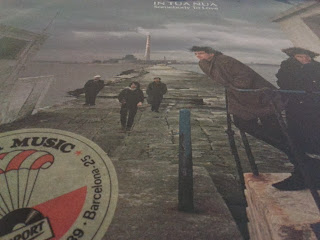 And of course the record section in Boots and Woolies. And rushing home, expectantly and preparing myself for the first play, making everything perfect so I can envelop myself with the music, the image and the sleeve notes... Just fantastic. Something today’s young people who purchase almost anonymous MP3’s – sounds with no connecting sleeve notes and tactile weightiness of the sleeve and the vinyl – that are instantaneous and almost disposable. Easily attainable pop, that loss or scratch or corruption does not really matter as it can be quickly downloaded to a phone again, if wanted. 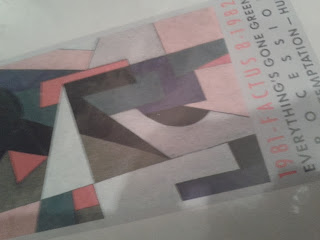 Listening to some of my collection like Joy Division’s “Closer” this weekend has been such a forgotten pleasure- I never bought it, or a few of the others on cd or mp3 so it is probably more than 15 years since I heard the whole album. I forgot how substantial and meaningful holding an album cover with notes and lyrics on the inner sleeve could feel. Something not throw away nor just bits of data. A real part of the people who created it.

Pressed vibrations, moving air molecules from the needle through to the speakers, straight to the ossicles and cochlea. Bliss. 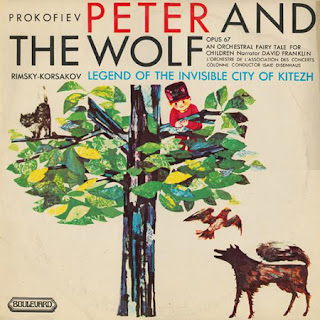 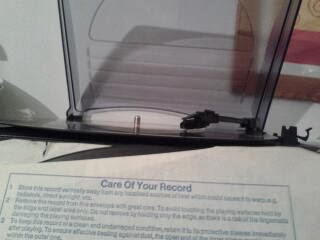