Trident- the vile lie that MUST stop

The only reason these vile nuclear machines of murder are still there on the Gareloch at Faslane,  is because our share portfolio holding politicians and uber-rich "betters" put their profits from BAE systens and the likes before people like our children, our disabled, our parents and grandparents.

Lets call a spade a spade.

Nelson Mandela, in insisting on truth and not accepting compromised bullshit from his rich and powerful "betters," exposed them for what they were, and in turn showed up our aparthied supporting Tory Party as greedy, power crazed racists - and in doing so started a revolution of truth.

I accept nothing but the truth about these evil weapons of war- they are indiscriminate and illegal- and are not there for the good of the Gareloch, Scotland, the UK nor man and womankind.

They are there as a tremendous money spinning exercise for already very rich people who could not give a fiddlers f*** about anyone only themselves. They put "me" first, forcing the rest of us into a dangerous, impoverished second.

A Yes in next years Independence referendum will see us rid of them, and a chance to rejig our society for people, not profits for the 1%.

This is the biggest white elephant money maker for rich people ever. It reminds me of the thousands of standing stones at Carnac. A huge industry and economic engine was created there over hundreds of years. By the end of that culture and industry, noone really knew why they originally started lifting the stones upright, but so many trades, religious centres and food growers etc depended on the stone standings, and through the trade, so many had grown powerful, they continued long after it had any meaning. These weapons are not needed anymore. But so many rich share holders see money slipping through their hands if they go,and so many of them are close to the reins of power, the industry remains.

I wrote about this for the HuffPost during the Summer HERE 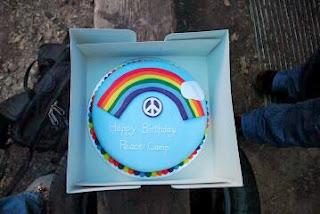