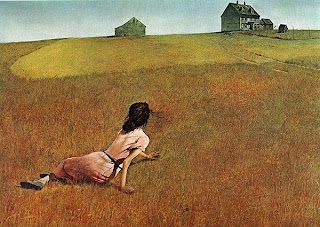 I just watched what has been the Christmas telly highlight for me so far this year. It could have slipped by as I had become tired of Michael Palin's travel programmes, but his documentary, "Michael Palin in Wyeth's World," was a wee gem. Andrew Wyeth's work is familiar to me- one of his most famous works is stunning- "Christina's World" is all the more beautiful when you learn the story behind the muse.

Wyeth's painting is so stunning in its obvious love for the hard work of most of its subjects, and his love of the landscapes, light -and darkness - in both the land and its people. Palin, a man who has an obvious love for life and people, beautifully paints a picture of an artist you can tell would he have got along with like a house on fire.

Wyeth, like everyone, has depths beyond the landscapes and portraits he painted and the shadows and light he painted reflected the joie de vivre and tragedy he lived. There is no better presenter who could have made this programme. And the direction, editing and camera work in the programme really compliments the subjects... Maine, Wyeth, the artists muses and Palin himself.

5/5 Stars for this unexpected gem. 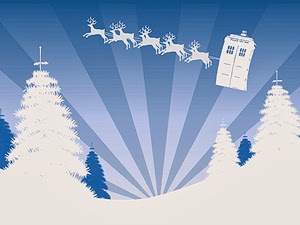 Christmas Dr Who - just watched it. Not much of a story- it relied too much on past plotlines that had been tied up and even in the Dr's world, too much suspension of belief and illogical devices and resolutions (eg entire armies of Daleks etc unable to invade a village for centuries because of the Drs tricks). Ultimately it sacrificed a story for sentimentality. But hey, I suppose it is a kids programme and none of these things should matter, though if viewing as a kid, I dont think there was enough to keep me interested beyond the appearance of the new Scottish Doctor who hopefully will urge 16/17 year olds to vote Yes next September to break the present Dalek Westminster hold on this time continuum. 2 1/2 out of 5.

As for the always "shakey" comedy of Mrs Brown, well, lets just say even in her world, middle aged Fonzie jumping the shark was much more believable and acceptable. A disapointing 1 out of 5. 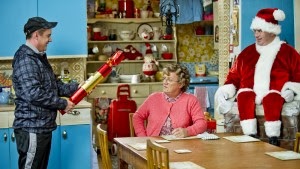 "Gravity"- worth seeing. And worth seeing in 3D. It won't transfer onto the small screen well. Great cinematography, decent acting. Sparse story and a smidgeon of pretentious "meaningfulness" - but only a smidgeon, so not completely ruined by something pretending to be more than the sum of its parts. Not a relaxing watch. 3 1/2 out of 5. 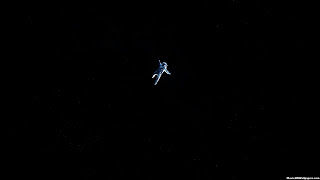