I had a strange conversation last night with a young woman. A few friends and I were discussing Faslane Nuclear Base. She asked, what are the pros and cons of 200+ nuclear weapons stationed outside Glasgow?
I think my thoughts on her question are very much that these questions are not being asked by people until a much later age than when I was young. I asked those sorts of questions when I was a pre-teen. This is not because young people nowadays care less than we did, but I think young people have not been exposed to politics and issues such as nuclear weapons in our media in the way we were.

I think there are some young people who do get exposed to issues through parents who are politicised, but I am realising these young people, even  though I meet then through political organisations I am part of or deal with are few and far between. I am beginning to realise the "norm" may be young people who are completely politically unaware. 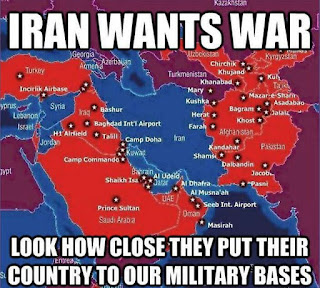 I feel this might be because of the seeming geo-political victory by neo-liberalism. World economics and the dissemination of information, including education and the media, is controlled entirely by those people who benefit from the assembly of obsolete and very dangerous weaponry, and their maintenance, security and cyclical replacement. The same people who benefit from armies using conventional weaponry in dodgy wars that also needs replacement. Of course, this is one aspect of neo-liberalism, but a hugely profitable one for some people.
Education- when I was at school in the 70's and early 80's, teachers spoke about nukes. We ducked and covered, or at least, Blue Peter showed us how. I had a hippy teacher who had the words of Imagine on his wall. I can imagine the reaction of some if I had a similarly political lyric on my classroom wall. 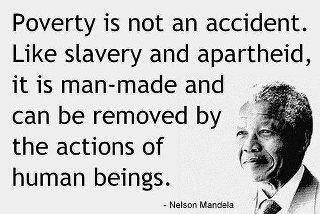 A few days ago, I was planning lessons on a new topic with two other teachers. Our topic is about world food production. One of the teachers said we should talk about why these people are poor. I asked her why she thought people were poor? And she said that we should explain that some countries just dont have enough stuff and that famine and their wars make people poor. I objected and explained, using the non-existant Irish Potato Famine as an example, that I thought if we were to really tackle this topic, we would have to be truthful and show the children how actually, the countries in "famine" for example, Ethiopia, (An example I used only because I knew she would know of the famine there) were only in famine because of the actions of men... These were not natural disaster, and the wars were usually wars funded by rich countries for resources. I told her that Ethiopia is a resource rich country and exports food, and continues to during famine. She told me, "but thats your politics talking..!"

The other two teachers are going to teach about food without touching this topic.

I wonder what most young people understand about troops being sent to Mali? I know lots of people my age are cynical and alarm bells ring. Quite rightly so. Mali is a resource rich country that supplies diamonds and rare earths across the globe. And the reds are taking over. 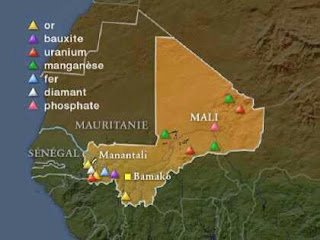 The thing is, these issues and their discussion are totally controlled by private interests. The media is controlled by billionaire men such as Murdoch, who profits from the companies who export from Mali; create weaponry or will be building components for the new nukes at Faslane- OR have shares in the companies such as SERCO or Atos who service the weapons or offer security for them. OR at the very least some of his class buddies or family do.

So negative press is not allowed.

The absence of real political debate does not help these young people understand the decisions that are being made without any opposition. Back in the 70's the debate was how slow or fast we were moving to equality. And the nuke debate was almost a daily occurance- and nukes in this country were not serviced at a profit... That aspect came with the Tories and Neo-Labour Blairites. We saw documentaries, leaked or debated over or banned, but banned publically so we knew, at least there was an issue.
We read picture books by Raymond Briggs on the issue... We watched dramatisations of nuke war...

The present dismissal of politics by young people is in my opinion encouraged by the present hegemony. They do not profit from  an informed and politically educated populace. Teach a child that, "politics are boring," or talking about the reality of poverty is "political," and being political is worse than being an evangelical Christian in your work canteen, and the politicised upper classes have their slaves and consumers. To paraphrase a famous Priest, 'if I give a starving child food, they call me a Saint. If I ask why the child is starving, they call me a communist.' 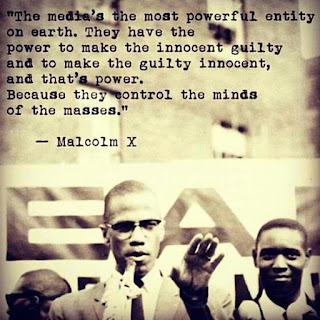 The Murdoch's, Blair's, Thatcher's and Cameron's of this world have demonised equality and educated a massive population arou d the world that their massive consumption is as natural as the starvation of those "third world children." Questioning weapons of mass destruction stationed 30 miles outside Glasgow is not something worth doing. Or it is "too political."

The young woman wants to know more, and I hope her now being part of a politicised Theatre Group will give her a taste of the counter argument to a depoliticised and consuming world. 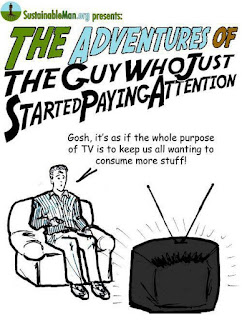