I've joined in with the NaNoWriMo this year... I have wanted to do it for a few years, but have never had the time (I started last year and had to stop!)  So, this is my second attempt.  And this is Chapter 1!

I know I'm dying.  I've had a good, long, interesting life, I suppose.  I'll be sad not to see my great grand children all grown up.  I would love to hear their dreams and politics as young men and women.  I hope their struggles bring a fair world closer. 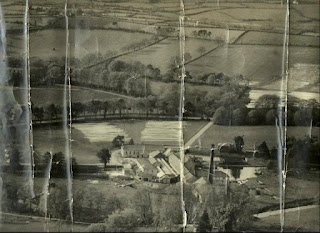 I'll be sad not to see my ex-President arrested and imprisoned for what he did to the young people in Afghanistan and Iraq.  For what he did to the young poor people he sent from here to kill their young poor people.  But then the people who sent my family to war were never arrested, and our victories were few.  We did scare them, though.  Our world of scrambling and scraping to live was allowed to change for a while.  But then their greed brought us to ruin again.  Obama gives us hope.  The hope she gave us way back then.

When I first let America know my views on war and hatred, I thought I was old!  Way back in the 1960's.  I had grown children, and little grandchildren.  And my children were not surprised I couldn’t stay quiet.  When I got up onto those podiums to speak to those crowds, well, I felt kind of dumb to begin with.  But my writing and my letters to the newspapers and my going along to those peacenik rallies to hear those eloquent, angry or serene young men urge peace meant that some of them pushed me up there.  Going on fifth or sixth after those brilliant young black leaders and those women who knew what it was like to be second class citizens was, perhaps a bit of a lull in the proceedings.  I couldn't rant, I couldn’t shout.  I just told them to stand together.  I told them that they would be split from without if they didn’t hold their wit.  I told them about Ally.  I told them about Davie and my da'.  I told them that none of them came back from war to riches and neither would the boys out in the east.  I told them that the rich man’s war only bred more hate and spawned a second war.  I told them that the people who had stoked this war would never go to jail.  The people who profited from it would never be hurt.  And the ties between the two were many.  I told them the people who had driven me from my country to find liberty in the United States were the self same people who profited from war, and they were never brought to justice.  In fact those who died and the families who suffered the pain and the hardship were only too glad to send other generations of young men and women out to die or to be maimed in order for these rich "patriots" to profit, again and again.  And I told them America was smarter than that.  And then I sat down.  And I remembered her, because she brought me to these podiums, even though I hadn’t seen her in many years.  But she did.

I stare out of the huge window at the autumn colours.  I took some of the American accent over the years, but some of my Ulster accent is there.  And the words.  "Fall."  I'm told it was a word that came from the old country and that my use of Autumn is more recent.  But I dont know.  We really called it the turn.  The time when the spuds were dug, the fields full of the withered stick like top of the stuff that would sustain us over the winter.  There was nothing like a mound of spuds after working all day in that factory.  Steaming on the plate; big, oval, steaming balls of flour, my da called them.  As a young man I liked autumn.  Ma would make Black currant or black berry bread pudding and we had shelves of jam from the summer fruits.  Spuds and tea.  And blackberry pudding.  That's what I was brought up on.  My ma would say, "just be glad you weren’t reared in our day.  When we were glad of pinead!"  I knew the hunger that made people live on pinead.  I had friends whose houses served it still, and when da was still alive, well, there were days the whisky bottle or Mollies Bar, or the greyhounds got the spuds and we got the pinead.  Pinead was, in our better off house, a meal of bread soaked in tea.  In the not so fortunate, it was bread soaked in hot water.  A warm meal.

The carpet of golden and brown leaves in the garden before me brings me back to the autumn day at the Halt.

I remember thinking about Davie on the day I met her again.

Davie was a wild man.  He'd joined the army, like a lot of men his age in 1914.  Him and uncle Ally and my da'.  Davie was the only one of the three of them to come out the other side.  Ally was killed in action.  That was the day my granny became an old woman, when the singing was wrung out of her.  She never got official letters so as soon as it arrived the thoughts were, "which one?"  Ally was the youngest.  The one who had been at her apron strings only a few years before.  I remember him going, along with my da and Davie and the others from the factory.  The drums and the fifes played at Church Halt and the red white and blue filled everyone’s hearts full of hate for the hun.  The minister praised the boys for their patriotism and for standing up for democracy - a democracy most of them couldnt take part in.  Howarth, the factory owner told the lads to go do their duty.  And the minister and Howarth thanked each other.  Hankies waved and the big men blew kisses to wives and childer'.

Tommy, my da' came home.  So did Davie.  Tommy was full of the drink and he stayed that way until he was found dead in our chair by the hearth in 1920.  My ma' in someway was relieved, but it was only the goodness of the Howarths in the big house that meant we could stay in the cold, damp, house.  They gave her a job cleaning the stairs and their fancy bathrooms and hallways and she paid them the rent from what they gave her.  I learned to hide the axe from Tommy when he hit the bottle, because he was for killing Howarth and the minister for sending them all to war. 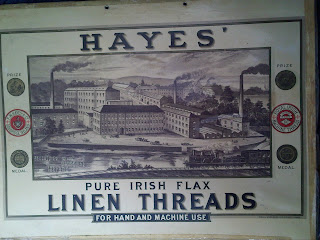 "The aristocracy killed the young men," he would rant.  "We had no business blowing German teenagers to bits.  Our business is spuds and linen and whisky!"  And then he would go for the axe to kill the top-hatted factory owner who had sent them all to fight for God, Ireland, democracy and Protestantism.

Davie came back, wilder than before, full of plans to go to Canada and make a fortune, but his time was spent in "The Bunch O'Grapes" drinking stout and sitting at "The Welcome" smoking his pipe and, as my ma would say, "fraternising with the catholics like he was one of them," until he got one of them in the family way.  He told her he would marry her, but she found out he was going to leave and she went to Banbridge station on the day, but he left by Portadown.

My granny had letters from "the disgrace" from Dublin, Southhampton and Toronto, but she never opened them.  And Ally became the Virgin Mary I suppose.

As I thought, I heard the train stop at the Halt.  I was to wait here for a guest, Howarth had said, and i was to take it directly to him.  I had no idea the guest was his daughter.
Posted by Neil at 16:15