The town was grey and shabby.

Whole towns and villages had been razed to the ground after the war and rebuild in post war utilitarian style. They were soulless replacements of street layouts and buildings that had evolved over centuries.

Not this place – it didn’t have the excuse of pre-fabs to quickly house the returning soldiers and refugees. This place had missed the war – the Luftwaffe had never gone near it. It’s ancient, evolved, robust buildings had been razed and replaced by the post war want to replace everything with pre-fabricated homes and flat roofed shopping precincts.

Stalin himself could have brandished the pencil that had given the workers the new town and “houses fit for working families.” 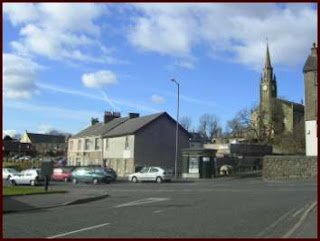 We set up our table and laid out our political shop. We had driven from the nearby city to save these souls. Our manifesto spoke about care of the elderly, a good free education, work, a fully funded health service and decent housing. We weren’t being unreasonable. We weren’t being revolutionary. We wanted for these people what bankers and billionaires had stolen from them.

A livelihood and pride. 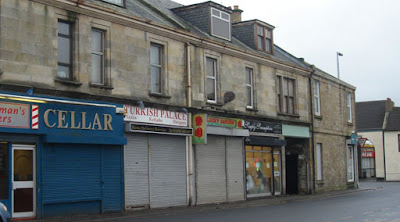 Some people came to us and spoke about footballers being paid too much and the fact they had lost their heating allowance. Some bought our paper and some nodded sagely as Jim told them of the vision of a socialist world. And some said, “but look at Russia! It didn’t work there.”

We had answers; we had a vision of how to make a fair world for them and us. And then the baseball capped pensioner walked up to us, walking stick in hand; tweed, shabby jacket open revealing a maroon woollen pullover pulled tightly over a large stomach.

“Young fella,” he said. “C’mere and I’ll tell you something. You people haven’t a fuckin’ clue.”

I tried to placate his obvious anger. I told him I did understand; I told him how their chemical plant, once owned by Alfred Nobel, had moved to the east where workers could be poisoned without the world knowing. I told him his plant – the one he worked in twenty years ago – was still making the same things, but people were working 15 hour shifts and being paid less than a quarter in the wages he had twenty years ago.

“Shut up, “ he said. “Listen to me. We won’t be voting for you, we want the Tories out of Parliament. We’ll be voting Labour, because they give us our heating allowance. They won’t take our bus passes off us. We’ll keep what we have. They aren’t Margaret Thatcher.”

I said to him, “But they’ve been in power for thirteen years – the chemical plant isn’t back!”

The junkie stopped to laugh at us being berated by the old man.

The old man looked at the junkie and looked at me.
“I’ll vote for none of yis – yer all the same.”

My pleas that it could be different fell on deaf ears. He went to walk off, but turned for his final shot.

“It was a shite place to work anyhow!”

The racist, lumpen junkie cackled and I saw Thatcher’s children.