She kneeled by the river, her long dark hair, matted with dirt, her face smeared with blood, sweat and tears. The excreted blend of war. Her fatigues were ripped, blooded and torn, the Kalashnikov lay by her side. But her beauty shone through. 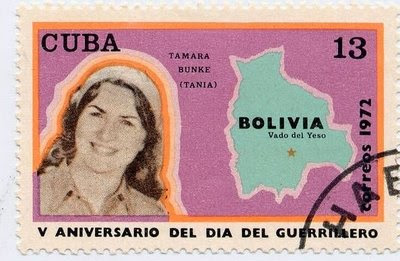 Her goodness was why she was fighting. She bore her enemy no malice; she abhorred their malice for their own people.

The struggle through the undergrowth; the barbs of the vines and bites from unknown insects would be worth it when all were free. But she was exhausted and longed for cleanliness and linen sheets.

Her gaze was unfocussed. She knew the fight would be won. Their years of planning and subversive words and pronouncements would change people’s thinking. The world would rise from its knees and cast off its chains.

He had led them here. He would win, alongside his small band of comrades. Her fight would have to be somewhere else; from the safety of their land; the land they had won from the selfish.

She slowly turned to look at her comrade. He was sprawled awkwardly, broken where he fell. Her head fell, her slim young neck unable to support its weight and she sobbed from her belly. She realised she would not see the new world.

Saliva and blood dripped from her mouth.

She thought, “We will win!”

She slowly raised her head and smiled, and the final shot propelled her back, broken but defiant beside her comrade.

From today's 15 minute Dash - the word given was "Blend" - the piece is based on the Bolivian struggle led by Che. Tania was one of the fallen.
Posted by Neil at 05:40