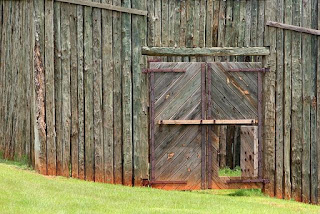 I walked towards the huge stockaded hill. She walked ahead, the gold in her hair braids glinted in the sun and the copper arrow tips shining from her leather shoulder strung quiver. What did her own people think of her?

She was protecting me. I was here to transform their world. I was here to show them how they could control the future with bellows and rocks and fire.

I could feel their eyes upon me as I strode through the huge wooden gates. I understood their suspicions. My craft was magic to them and I could be another magician come to exploit. I wasn’t, but I had to assure them of that.

What I was going to do was going to change this settlement beyond recognition. It would change how they ate, farmed, hunted and fought. But it would also change their perception of value and it could lead them- or some of them- to become exploiters. Controlling the magic was important. But more important was to take the magic out of it and make the magic disappear and become common knowledge.

I loved these settlements. As yet untouched by greed and competition and kings. Unlike some of the places I visited all over our world. Unlike the places where the magic was worn by kings and queens in order to keep hierarchies and serfs. I saw their community as how it should be- as it used to be before the magic. When all that was needed lay all around us. Nothing was hidden. But I had watched as the magic spread and enslaved and killed. Knowledge is power and some people enjoy power. Most prefer to share and live life together. But the small amount of those people who like to control were slowly taking over our world, and my tribe knew it was because of us and our magic. We vowed to spread the knowledge and kill the greed. 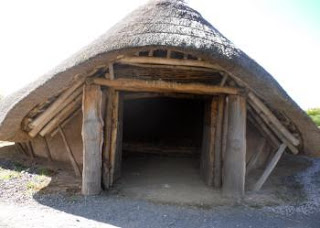 She showed me into the smoky central roundhouse. The elders sat around the fire. And elders they were... not kings nor queens nor warriors. Which of them would start a dynasty? It was the dynastical ones I had to learn not to trust. I had to try to identify this kind.

Their smiles were genuine. They seemed to trust me. Perhaps they had not come across the magic before? This could be the case... I had met untouched tribes before and this tribe was across the sea from the magical tribes.

The woman signalled me to sit. She knew about the magic. She had travelled beyond their houses. She had traded. I could see they had magical objects... knives and pins - small things. Perhaps a trader had found something of value here. Cloth or food. Perhaps she had returned with these things. But she was the only one who knew the existence of knowledge. To them her golden hair and unbreakable arrow tips were magic. This is why when I had spoken on the boat that she had invited me here. She had acted to protect me from some others when we had arrived on the beach. When they had acted to protect their magic and their power – the magic I wanted to give away; to share. Two lay dead and I knew I must find another sea crossing on my way back.

I sat. I knew I must not speak of my purpose until I was asked. They saw me as a visitor and they must share food with me. They must be hospitable. Make me comfortable.

One of the elders arose and with a flint knife, cut meat from the sizzling beast on the wooden stake. He placed it on a wooden platter and passed this to me first. The beast was large, and I knew this was an honour to be sharing it. This kind of beast was usually not killed until the winter shortage.

After the platter and the beaker passed three times, one of the elders, a woman with hair as grey as granite cleared her throat and started to sing. Her song was about the tribe surviving a harsh winter when their stores had been spoiled when a huge storm had ripped the roof off and more rain had fallen in a night than usually did in a year. The song told of children dying and people fighting over food… and then it told of a woman, with golden braids, finding the tribe while passing through the land, drawing in the soil and teaching them a system that would save the tribe. She showed them how they could survive on sharing the little they had and by finding foods buried in the soil or by eating animals hidden in trees. She showed them a way to store food that would keep it safe from such disasters and she showed them magical tools made from materials that were not brittle flint.

Her tale ended as the woman left, promising that on her return she would give them knowledge of how riches could be made for all and now she was here with a magician.

I smiled when she pointed at me. I knew this was my time to speak.

I thanked her and I thanked the elders for allowing me the time to speak with them. I thanked them for the food and drink and I promised them that what I was going to tell them would mean all of their women would have golden hair and all of their hunters would have arrows that could be used over and over again and would pierce the skin of the toughest beast.

I untied my linen roll and took out my sword. They gasped. I could tell they had never seen anything like this before. This sword, in the tribes where magic was held by the few, was worth more than this tribe could produce in food in a year. As they passed it amongst themselves, I could see they saw it as they would their holy relics. This razor sharp and sheened killing machine was something they could never even have imagined before. Even the woman held it in awe. This was the result of the magic. This magic was what made power and wealth.

I took out the rock. It was bigger than my fist and heavier than three normal stones of its size. I passed it around and they gazed at it, felt it, smelled it and tasted it. This stone – the source of part of the metal was from the lands of my people. To make this sword would need a stone they had on their lands as well. It needed both stones.

“I will teach you how I pulled the sword from the stone.”