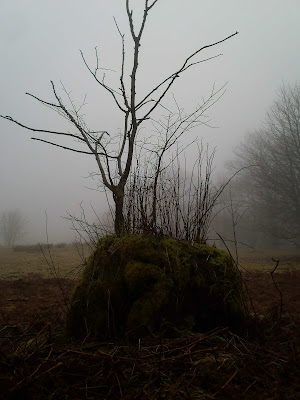 I have been off work after falling on ice just before the New Year.  I fractured three vertebrae.  One of the things that suffered during this time, was my walking.  I have tried to keep walking with the dog, but the pain afterwards is not so good, so walks tend to be short.
One of the places I love to go with the dog, is Mugdock Country Park, which is just five minutes up the road from me.  I decided that today I would give it a go, so loaded up on pain killers and off I went. 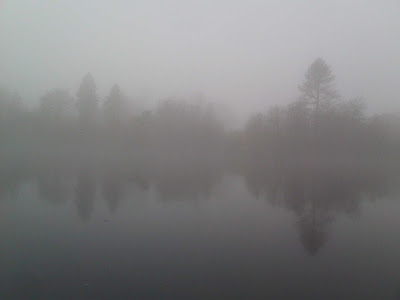 Mugdock is a place where it is difficult to take a bad photo.  There is just so many beautiful things and places.
One of the most beautiful things in the world is decay.  In cities, when old buildings fall out of use and are taken by nature, or brought down to make way for something new, I love to stop and watch or photograph.  This isn't destruction.  Decay is renewal.  It is some wonderful thing coming to the end of it's usefulness and making way for something new or better.  This is the same in the forest.
I don't think the same of people though.  I feel that mankind must conquer death, as it is waste. 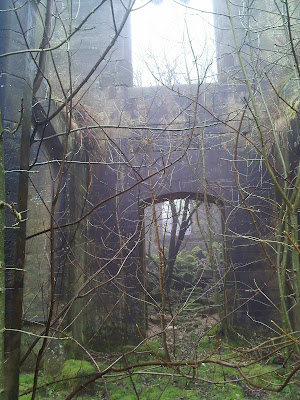 Mugdock has a good few old, decaying buildings, and some that have been given new life.  Craigend Castle may be beyond saving, though I like to think it could be rebuilt.  The ruin is slowly being reclaimed by the forest; by the dripping and climbing illuminescent green life. 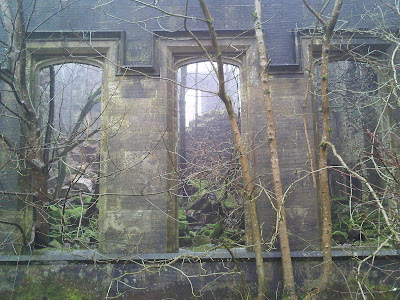 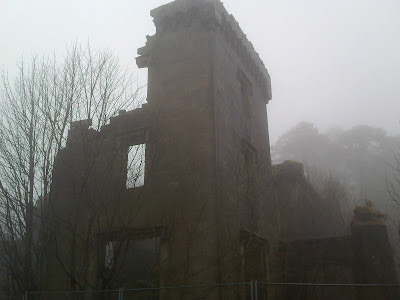 Have you ever seen the film (fillum - I am re-claiming my Northern Irish accent), Avatar?  I have watched it once.  The scenes within the forest are beautiful.  The colours glow.  I really do believe some people are so alienated from the world, they believe the glowing colours of nature are only science fiction.  They aren't.  A walk in the Campsie hills or in the Narnia of Mugdock is Pandora.  Stopping, listening and looking, you can hear her speak. 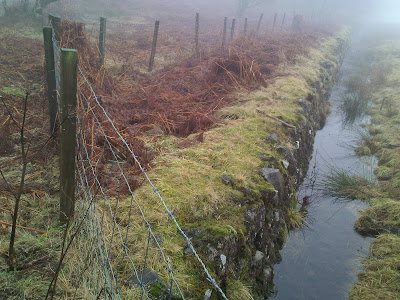 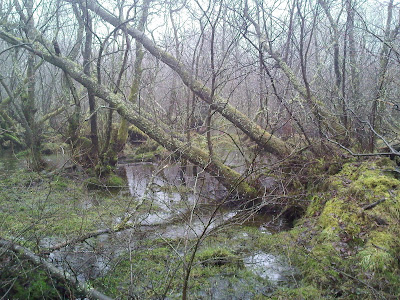 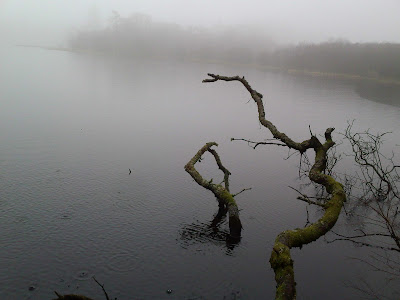 In the Park, there are a number of Lochs.  Today they were rain speckled and hazed and blurred. 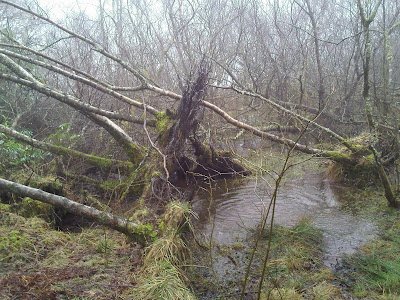 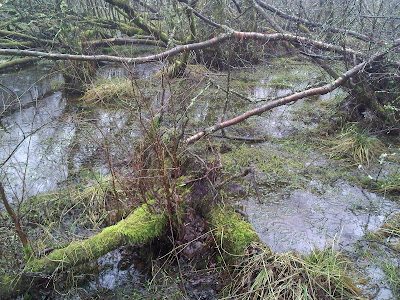 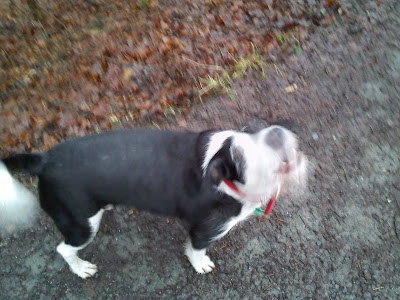 The dog doesnt really appreciate my stopping our walk to take a photograph or rest or look. 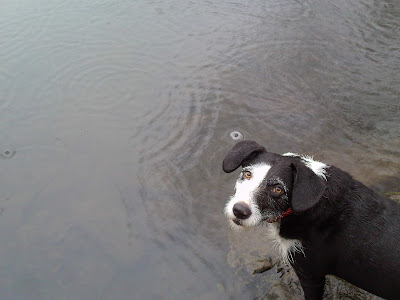 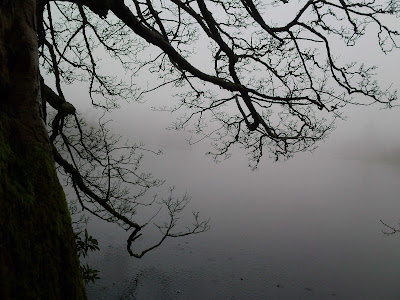 We are back in the house, dried off, dog snoozing in his basket.  I have my pot of coffee, more pain killers and flicking between BBC News 24 and Aljazeera.  The destruction of the tories shining through the flickering window.
Posted by Neil at 04:19