I wrote this in February 2006... originally it was HERE

http://news.bbc.co.uk/sport1/hi/football/4316154.stm
Back in November, I wrote something that may seem a bit facetious.  “Poor George Best.  I hope he really did have as good a life as he used to boast – I hope the pain at the end was worth it all.” 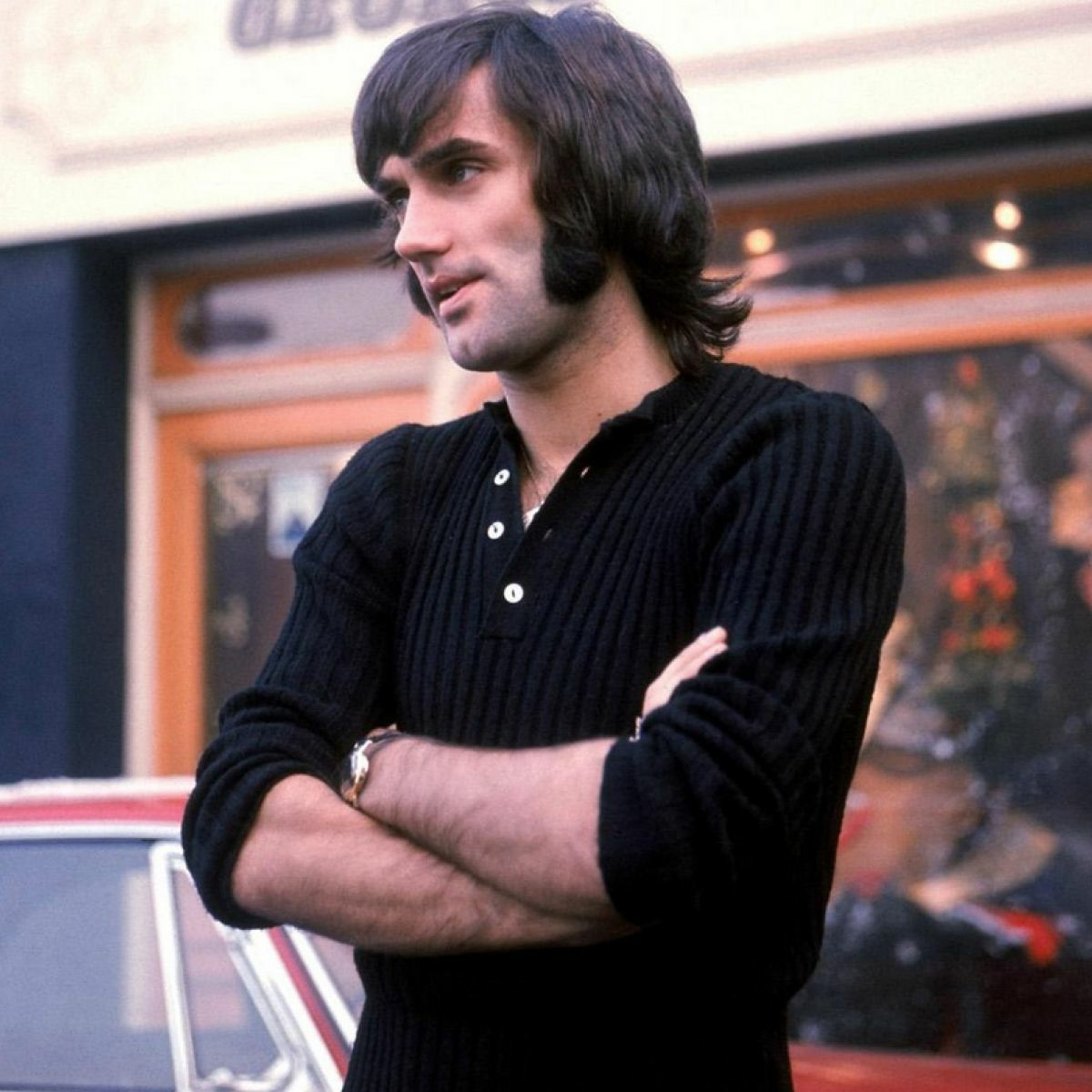 George Best was another icon of my youth.  I was never interested in football, but I knew who George Best was.  I had grown up with the “Cookstown Sizzle” adverts he used to be on.  My dad is a huge football fan.  He played for various teams in his youth including Bangor , but had to stop because of injury.  “Georgie Best” is who every lad I knew wanted to be when we played our street games of football.  George Best was someone who even I could see was talented.
I remember when I lived in Dunblane in Perthshire, a Basque friend and I had an all night drinking session.  After a boozy day in the pub we went back to the hotel living quarters we were staying in (we worked in the Stakis Hydro, now the Hilton I believe) with a few bottles of wine, a few beers and something to smoke.  I can pinpoint the evening.  It was 22 May 1996.  I can pinpoint it because it is in Best’s Autobiography, “Blessed”.  The BBC had devoted an entire evening’s programming in honour of his turning 50.  I remember my mate, Aitor, being amazed as we watched the TV.  He hadn’t heard of Best.  He was shocked that he hadn’t because the George’s football was amazing.  He watched, stunned, as footballers such as Pele recounted what they thought of Bests footballing skills.  Pele rated him as the best player in the world.  And what amazed Aitor even more was that he was from the backstreets of Belfast .  A little corner of the world renowned for things much more sinister than sport. 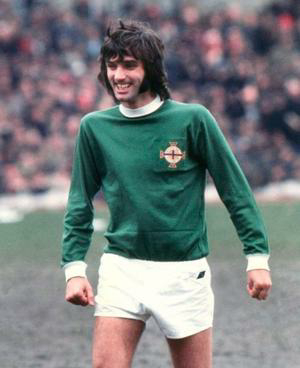 I think Best did have mostly a good life.  He had found a way to escape the pressure around him.  I think the guy was damaged by the attention he got as “El Beatle”.  He was a teenager when all of this attention started and he was part of the ‘60’s culture – though like most Northern Irish people caught up in that, he hit the booze rather than the drugs.  He went from the fifth Beatle, with their look and taste in clothing and with as fanatical a following, to an almost Che look alike in the seventies.  I think leaving his family at an early age damaged him.  I think some of the people around him, living off him may have damaged him.  But I think Best was ultimately a shy person.  He says in his book that he ran from things by drinking.  But I think Best wanted to embrace life and everything around him and the way he could do that was by drinking.  Without the drink he would have shrunk away from the highlife and the TV and the newspapers.  With the booze he could command a place in a circle of friendly fun.  I wonder who his heroes were?
I think one of the things about alcohol addiction is that it is not just physically addictive.  It also helps people relax.   Not just relax about what is happening around them, but also relax about themselves.  Personal shortcomings can be forgotten.  Who you are can be replaced by who you want to be.  It helps people act.  I wonder what the statistics for alcoholism in the entertainment business is? 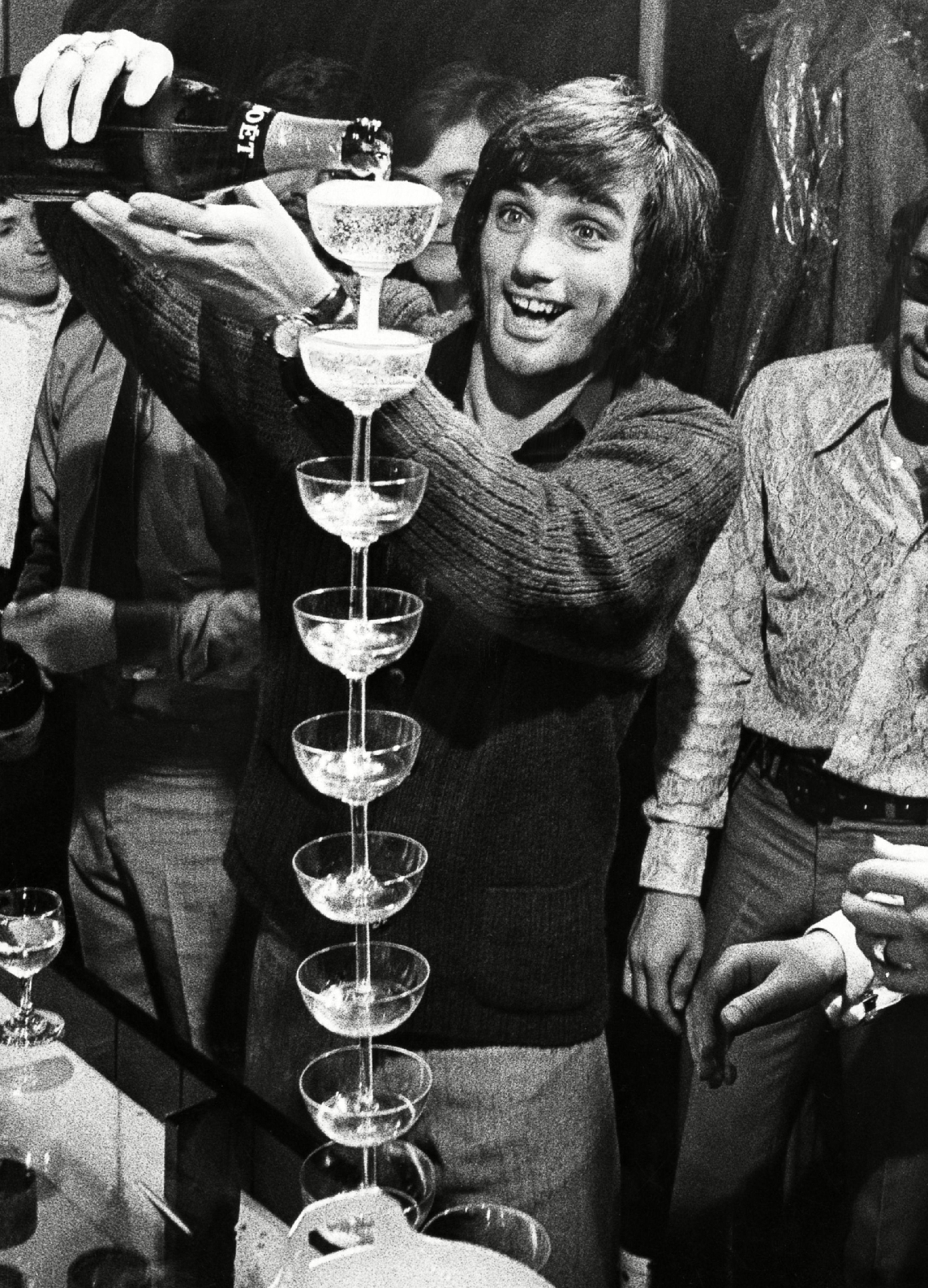 I think it is the relaxation part of alcohol that I am attracted to.  I like to sit in a pub with a few friends and blether unselfconsciously.  It isn’t a physical addiction with me (though I’m not denying that that is something that I would not be immune to).  I like getting outside myself.  In the past I have been on benders that are days long.  I recognise it when George recounts his mates saying they had drank as much as him – but him knowing otherwise.  I remember being at a party, for example, and waking up on the couch in a house where I knew the people I was going to have to talk to were extremely confident people.  I got up and sourced a bottle of Vodka and mixed it with milk and boy did the party continue!  I was about 21 at the time.
When I lived in Banbridge, County Down, I knew the all nighter pubs and by the time I left to go to Uni (at the age of 27) I rarely went out on a Friday or Saturday night and came home within 24 hours.  When I went to Uni, I found all night pubs in Stirling , though I didn’t need to as as a student, someone was having a party somewhere.  I think what saved me was hashish – I became quite addicted to that and I didn’t like to drink TOO much when I was smoking!  My alcohol intake lessened as my uni career developed and it dropped further when I met my wife.
So George, there for the grace of God, Dog or whatever, go I.  I am definitely not as in love with the booze as I was in my twenties, but I guess I was falling for it again coming home from work on a Thursday or Friday looking forward to a 6 pack of Stella or a bottle and a half of red wine.
I will drink again, but gone are the 24 hour sessions.  Gone are the nights trying to find somewhere to continue the party.  Gone are the nights sitting in front of the telly until the drink was drank.
I don’t have the talent of George Best – the man WAS a genius in his youth.  I don’t have that talent to “squander”.  People talk of Best squandering his talent.  I don’t think he did.  His talent is there to enjoy now.  I wish Best hadn’t have died at 59.  I wish his death wish had not been so strong.  I wish he had have found other ways to relax his head.
Go to the BBC site I have linked above.  Watch the videos.  Buy or borrow his autobiography, “Blessed”. Spend a few pounds on Itunes on the Colin Hay video, “My Brilliant Feat” – the song he penned about Best that was re-released after his death and in aid of a charity set up in his name.  And watch with a lump in your throat for the boy from Belfast .
Since I wrote this, YouTube happened. Tge Colin Hay video can be viewed HERE 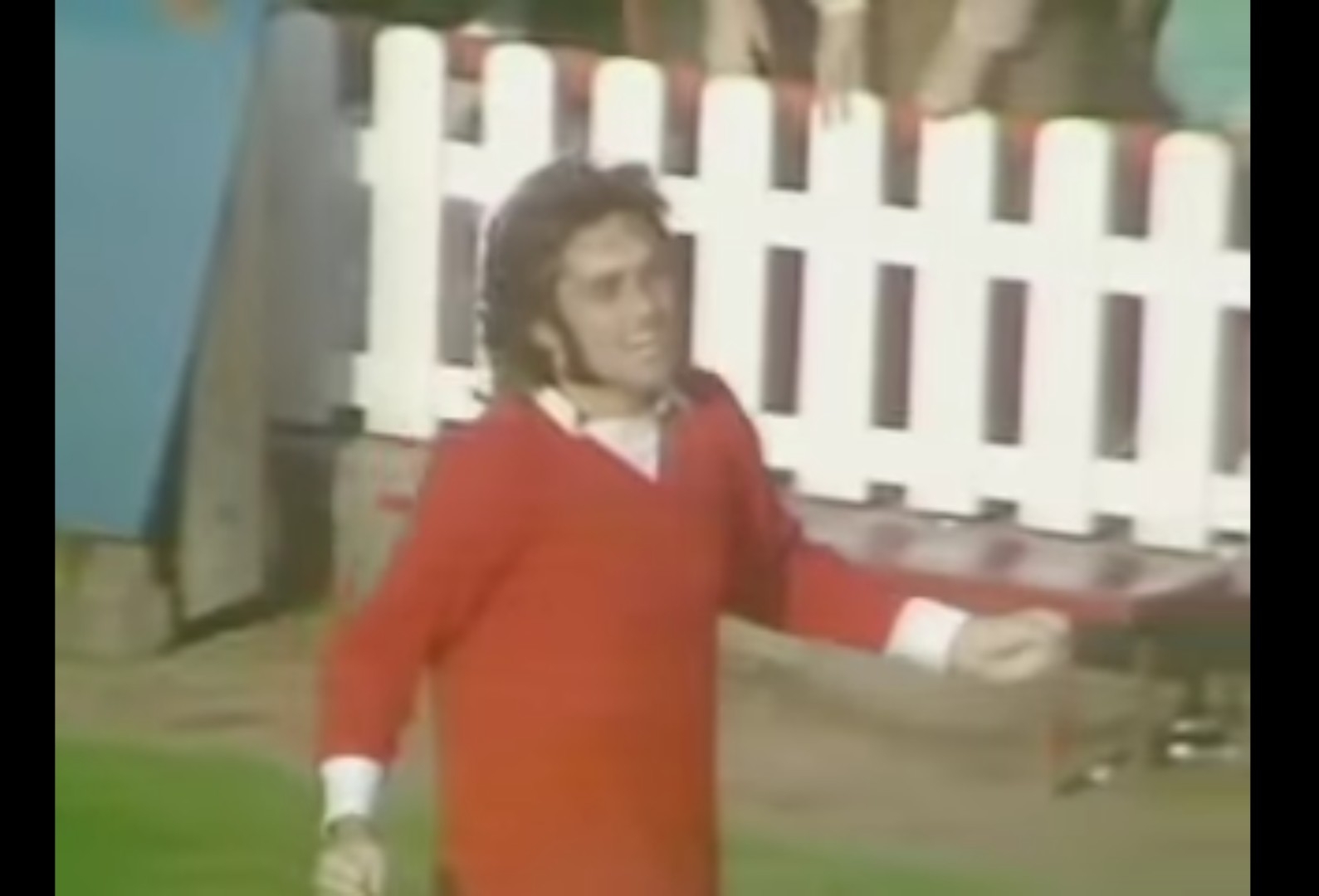