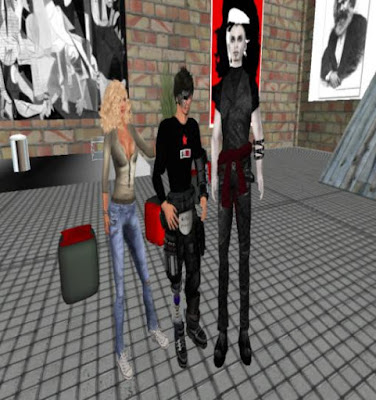 I was speaking to Zoe about work she is doing on SLLU Flagg parcel, and who would turn up, but an old av I haven't seen for months. Lazy Luminos.

Lazy is someone who is political in RL, but says he is just interested music in SL. He was telling Zoe and I about a place he goes to dance, called the Crossroads. I will check it out if I get the chance... apparently there are great blues singers there... all singing about their trains and stuff.

It was good to see Lazy, but he seemed sad... or distant or something. Or maybe I was misreading him.. SL can be so misleading.
Posted by Neil at 12:59